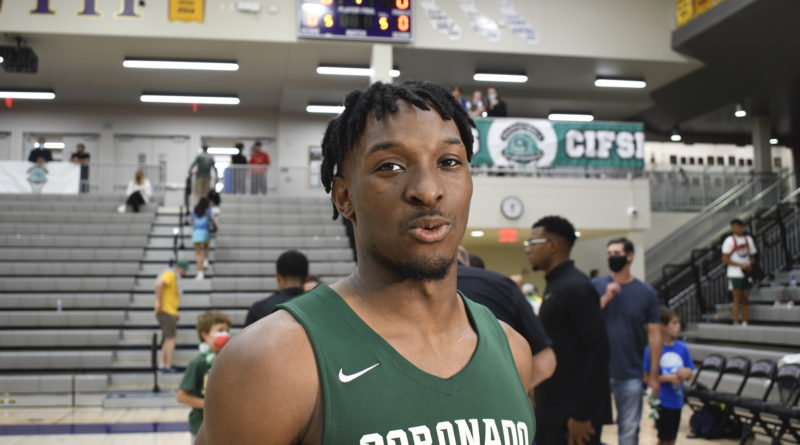 SAN DIEGO — As they have for much of the season, Coronado seniors Wayne McKinney and Alex Crawford carried the Islanders to a win over top-seeded Orange Glen on Friday night in the San Diego Section Division 2 Championship game. The duo combined for 42 of Coronado’s 51 points in the 51-48 win over Orange Glen. Coronado led by double digits for most of the second half before an Orange Glen comeback cut the lead to one point with less than a minute to play. The Islanders responded with a Wayne McKinney jumper from the free throw line as the shot clock expired to go up three points and were able to stop Orange Glen in the final seconds following a timeout to grab the victory. McKinney discusses the game below.