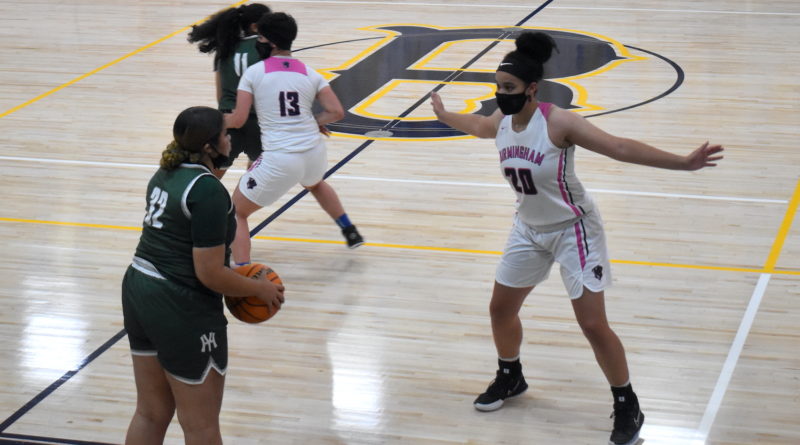 LAKE BALBOA– Hamilton’s senior core came ready to play on Wednesday as the third-seeded Lady Yankees knocked off No. 2 Birmingham 56-42 on the road in the CIFLACS Open Division semifinals. The Patriots trailed by only four points heading into the fourth quarter before a Hamilton surge eventually put the game away.

Sydney Blevins and Trinity Conner scored 16 points each, and Sherisse Chensam added 14. Conner nearly prompted a triple-double watch, as she notched six assists and was in or near double-figures on the boards. Lindsey Black-Ross added eight. Bita Hashemi scored 13 points for Birmingham, Janna Holley finished with 12 points and six assists, and Lily Ramos had scored eight.

Hamilton will play rival Palisades on Friday in the championship for the second straight season. Check out our complete highlight video from the game: