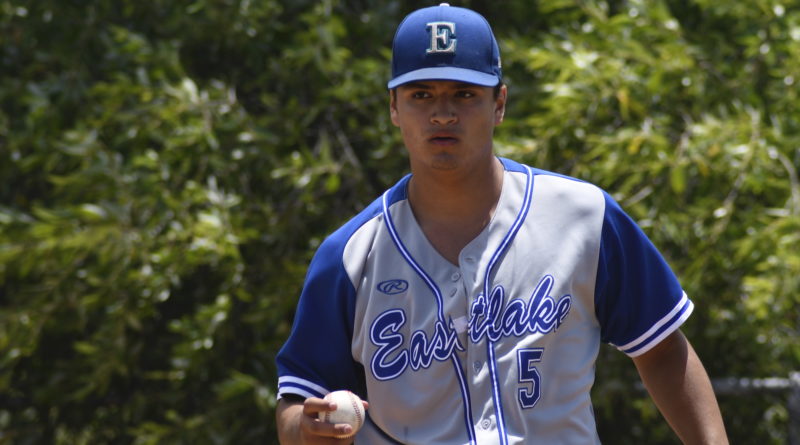 SAN MARCOS — After surrendering a first inning home run to Alex Fernandes, Eastlake senior right-hander Ray Cebulski settled in against San Marcos on Wednesday, striking out nine batters in the game and allowing only one hit over his final six innings. The Titans evened the score at one with an RBI single in the second inning and took the lead on a throwing error in the sixth inning. Cebulski hit Nate Chronis with a pitch to lead off the bottom of the seventh inning, but got Noah Lazuka to ground in a double play and caught Blake Conrad looking at strike three to end the game. Eastlake advances to the winners side of the open division bracket where they’ll travel to Sage Creek on Friday afternoon. San Marcos will be back in action on Thursday, hosting Torrey Pines in an elimination game. Watch Cebulski discuss the win below.