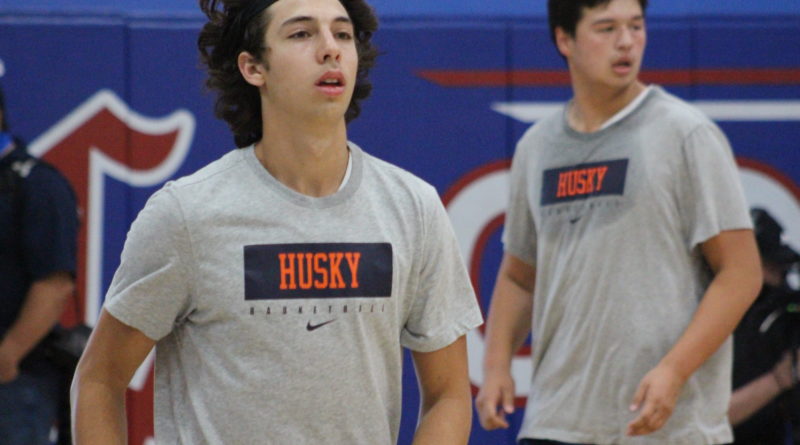 “We expect that from him,” Kitani said.

But he was surprised with the final score, a 67-56 Huskies win over Los Altos.

“We never thought we’d be here winning this thing this year,” he said.

Once again, the Huskies are CIF Southern Section champions. Since Kitani took over in 2017, Rolling Hills Prep has won four titles, but this year was the team’s first at the 2AA level.

Gealer scoring 28 points was obviously a major factor in the win, but it was Rolling Hills Prep’s defense, especially their defense on star Los Altos center Jazz Gardner, that won the Huskies the game.

“We threw a hard double [at Jazz] and we were helping off a few of their guys,” Gealer said. “If they were going to beat us we wanted their other guys to beat us. He’s a seven-footer in high school, that’s tough to come by so we did everything to stop him. He’s a good player.”

Gardner still managed to score 21 points despite all of the attention. Los Altos’ second leading scorer was freshman Seven Bahati who had 11 points.

After trailing by five at the end of the first quarter, Kitani made a few tweaks and his team led for the majority of the final three frames.

“We got better defensively as the game progressed,” Kitani said.

The defensive intensity mixed with Gealer’s big night proved to be a championship winning formula.

“I’m not taking this for granted,” Gealer said.