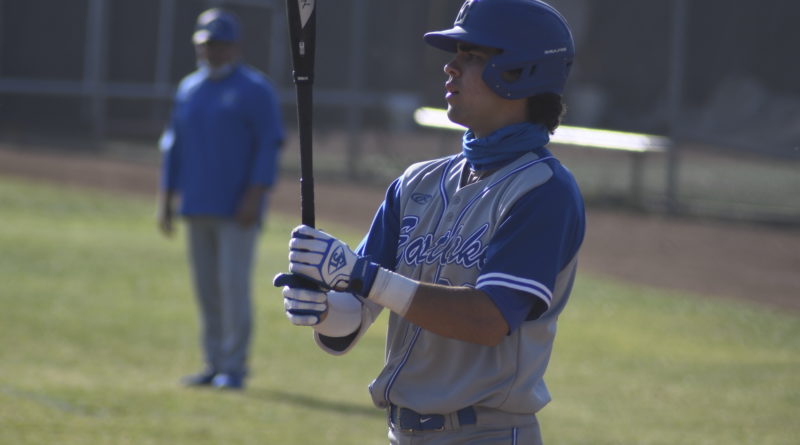 Here’s an overview of the CIF San Diego Section baseball playoffs (Open Division through Division 4) that get started on Tuesday around San Diego and Imperial County.

The Santana Sultans enter the playoffs as the six-seed on a 14-game winning streak, including a perfect 9-0 record in the Grossmont Valley League that saw them outscore their opponents 97-8. The Sultans played four open division opponents early on in the season, splitting two games against Eastlake while beating Torrey Pines and losing to La Costa Canyon. Will the Sultans be ready for a huge step up in competition after nearly two months of lesser cometition? If so, they could be poised for a deep run in the eight-team double elimination bracket.

Mayer has had eyes on him all season and continues to deliver. MLB.com’s top-ranked player for July’s MLB Draft, Mayer is hitting .410 and has 13 home runs while seemingly being pitched around in nearly every game. He’s been walked 27 times and has only struck out five times in 113 plate appearances.

Williams carried his huge summer into his senior season and continues to rise on MLB Draft boards. He enters the playoffs hitting .506 with nine home runs, ten doubles and has stolen 33 bases. Williams has also been an incredible weapon for the Falcons pitching in relief this season, showcasing a fastball that’s been clocked up to 95 miles per hour to go along with a devastating slider. In seven appearances, he’s thrown 11.2 innings, allowed four hits, no runs, no walks and has struck out 21.

Gomez comes into the playoffs having hit in 17 of his last 19 games and has homered in three of his last four to tie Mayer for the section home run lead with 13. He’s one of San Diego’s most experienced players with 92 games under his belt during his career.

San Marcos over Grossmont. The Knights and Foothillers have been San Diego’s two best offenses for much of the season and with a lack of dominant pitching in the section this season, I’d expect that to continue in the postseason.

Eight-seeded Bonita Vista is playing it’s best baseball of the season. The Barons have won 15 of 17 after an early seven-game losing streak. They swept their series with Eastlake and split with Otay Ranch last week to capture the outright Metro Mesa Championship. They’ll have to win a first round game against Canyon Crest, but would then enter the double elimination format against top-seeded Granite Hills, who dropped three of four games to finish the season. Bonita Vista has the right combination of pitching and hitting that could propel them to contend for the D1 crown.

Smith has been one of San Diego’s top hitters this season with a slash line of .474/.552/.736 and ten stolen bases. On the mound he’s gone 5-3 with a 2.66 ERA and recorded double digit strikeout games in five of his last six appearances including a no-hitter against West Hills on May 1.

Gourson has 109 hits during his high school career and has taken his game to another level during his senior campaign, hitting .449 with 11 doubles and eight home runs as he enters the playoffs. The Arizona-signee is one of San Diego’s most patient hitters, with 29 walks and only nine strikeouts this season.

McLellan has been the key for the Wolverines offense so far this season, leading the team in hits, runs, run batted in, doubles, triples, and home runs. His 20 stolen bases add another aspect that opponents will have to pay attention to in the playoffs.

Westview over Point Loma. The Wolverines came up just short in several of their Palomar League games and were challenged throughout the season, taking on five of the eight open division teams. A senior heavy lineup should be ready for the challenge in their last time around.

The Grizzlies dominated the Valley League this season, finishing 13-2 but due to it being a down year for the league, the Grizzlies were hurt by CIF’s Power Ranking numbers that caused them to receive the six-seed in division two and miss out on a first-round bye. Mission Hills’ offense has been very strong over the past couple months led by seniors Quincy Scott and Bryce Ignaciak and have had some great pitching performances from Cody Delvecchio and Ethan Sally that could carry them into a playoff run.

Scott just continues to produce, entering the playoffs with a 33-game hitting streak dating back to his COVID-19 shortened junior season. Scott is hitting .578 with 17 doubles and has an incredible .696 on-base percentage heading into Tuesday’s play-in game against Otay Ranch.

McRoberts has had a very strong junior season for the Saints, going 6-0 with a 1.15 ERA in 48.2 innings. He’s allowed zero earned runs in 10 of his 14 appearances and gives the Saints a great chance to win whenever he takes the mound.

Granados has worked as both a starter and reliever for the Cougars this season totaling a 6-2 record with a 1.11 ERA. He’s blown batters away with 93 strikeouts in only 50.1 innings pitched. When he’s not on the mound, Granados is showing his worth as a hitter posting a line of .400/.504/.588 with 29 stolen bases.

Carlsbad over Steele Canyon. Carlsbad took two out of three in each of their four series in league play, including winning six of nine games against open division teams Torrey Pines, Sage Creek, and La Costa Canyon.

San Dieguito Academy edged out Mission Vista on the final day of the regular season to capture the Avocado East League title and by doing so will get to host Brawley in Tuesday’s play-in game despite being the lower seeded team. The Mustangs have won 14 of 18 games after starting 2-8 and have the ability to give their opponents trouble with their small ball style on offense that has been phased out as power numbers have increased in recent years.

Ross figures to play a huge role in Christian’s postseason hopes, starting with his dominance on the mound. He’s 5-1 with a 1.50 ERA and has only allowed one earned run in his last 24 innings dating back to April 28. He’s come alive at the plate since the start of league play, raising his average up to .452 while in a tie for fourth in the home run battle with ten to end the regular season.

Villani has proved to be one of San Diego’s top two-way players as the season has gone on. On the mound, he’s 5-1 with a 1.16 ERA and has struck out 69 batters in 48.1 innings. The Santa Clara-signee is also hitting .412 for the Wildcats and hit his seventh home run of the year in the regular season finale against Oceanside.

Garcia helped the Eagles win the Metro South Bay League while hitting .429 with three doubles. Even more impressive, Garcia has only struck out three times all season. The Eagles will be a tough out having only taken on two of the other division three playoff teams during the regular season.

Christian over San Dieguito. The Patriots have won 13 in a row and have shown no signs of slowing down. Christian has four players hitting .400 or better and a 1-2 punch on the mound led by Vaughn Major and Braeden Ross will be tough to beat.

Morse cruised through the Central League with a perfect 9-0 record and will see a step up in competition but should be ready for the challenge. The Tigers hit .435 as a team this season and have entered the San Diego Section record book with a staggering 154 stolen bases so far on the season.

Halverson has been overlooked with so many talented shortstops making noise around the San Diego Section, but he belongs right up there with the best of them. The junior came into pitch to get the Timberwolves out of a jam in last week’s league championship at San Dieguito before crushing a three-run home run in the following inning.

Alba has produced in a variety of ways for the Tigers this season, hitting .550 with 24 stolen bases while only striking out twice in 96 plate appearances. He also leads Morse in innings pitched so far this season has struck out 38 batters.

King hit in 21of the Mariners 25 games this season finishing with a .442 average and six doubles, four triples, and three home runs. He also has pitched ten times in relief, striking out over two batters per inning.

Mission Vista over West Hills. The Timberwolves finished one game back in the competitive Avocado East League this season including a sweep over division three contender El Camino. Juniors Brennan Waldrop and Ian Halverson appear ready to make the playoff run.