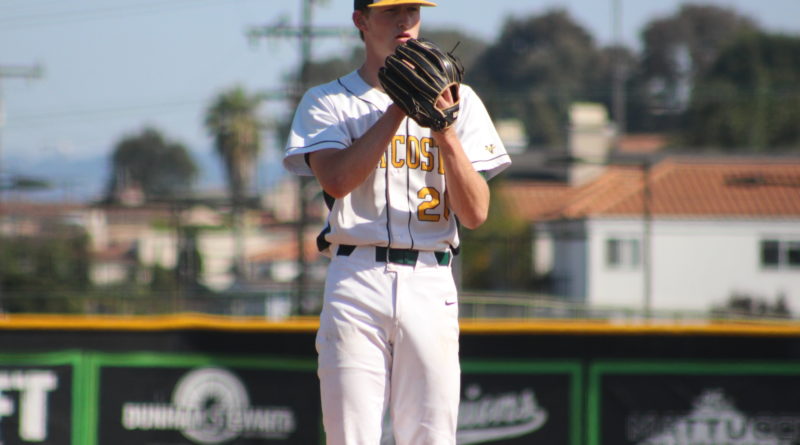 Southern California is a hot bed for high school baseball talent, especially on the mound. From JSerra’s Gage Jump to Banning’s Anthony Joya, there are a number of blue chip pitching prospects.

After spending the spring watching games and talking to coaches throughout Southern California, here’s a closer look at the Top 10 pitchers from the 2021 spring high school baseball regular season in the LA City and Southern Sections. The rankings were compiled by SBLive’s Connor Morrissette.

Note: A few of the region’s top arms have dealt with injuries this spring and were not included on the list.

When Joya is on the bump, the Pilots can beat anyone in the City Section. So far in his senior season, the Cal State Fullerton commit has thrown a no-hitter and led Banning to two victories over Marine League rival San Pedro.

Muniz is having a great season for Bishop Amat. The Cal State Fullerton commit tossed a one-hitter in a 3-0 win over Cathedral on May 17. On March 29, he struck out nine in a 10-0 complete game win over St. John Bosco.

Becerra struck out 10 hitters in Harvard-Westlake’s 9-0 first round playoff win over Temescal Canyon on Thursday. He’s committed to Cal.

Yates is another Cal State Fullerton commit. He carried a no-hitter into the sixth inning in a 1-0 win over Santiago last week, which clinched the Big VIII League title for the Wolves.

Molina is having an incredible senior season. He struck out 15 and allowed just one hit in a 9-0 win over Aliso Niguel that won the Mustangs the Sea View League championship. He also threw a no-hitter against Newport Harbor earlier this year.

Rodriguez pitched one of the best games of his career in an 8-2 win over JSerra, the No. 1 seed in the Southern Section Division 1 playoffs, on May 24. He struck out 10 in a complete game victory. Rodriguez is committed to TCU.

Noot has pitched like the best junior arm in the state this spring. Last month, he threw an 11-strikeout complete game against City Section power Birmingham. He’s committed to Oregon.

Hurd is a UCLA commit. He struck out 10 in a 4-1 win over rival Redondo Union on May 25. He’s an MLB Draft prospect who will likely hear his name called in July.

Silva is committed to UCLA. He’s another MLB Draft prospect. In May, he threw a no-hitter against league rival Santa Margarita.

Jump is currently the top pitching prospect in Southern California. In the regular season he went 7-0 with a .157 ERA. He’s also committed to UCLA.