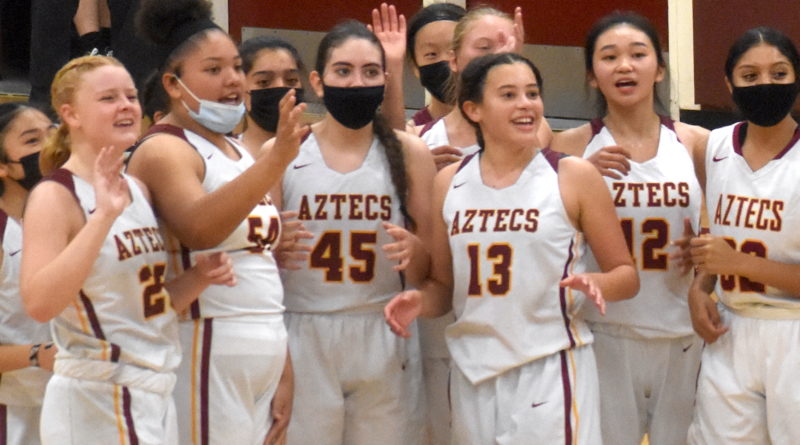 The Aztecs trailed 11-2 just a few minutes into the first quarter, but surged for the next two quarters to eventually lead by 13 points in the third. Then they had to hold off a comeback from Rosary, who even led by one point late in the fourth quarter, before securing the victory. They will play the winner of Long Beach Poly vs. Fairmont prep in the Division 1 title game.

Kaylee Byon had 29 points and a double-double with rebounds for the Royals, and Allison Clarke added 12 points.

Here’s our highlight video from the game: