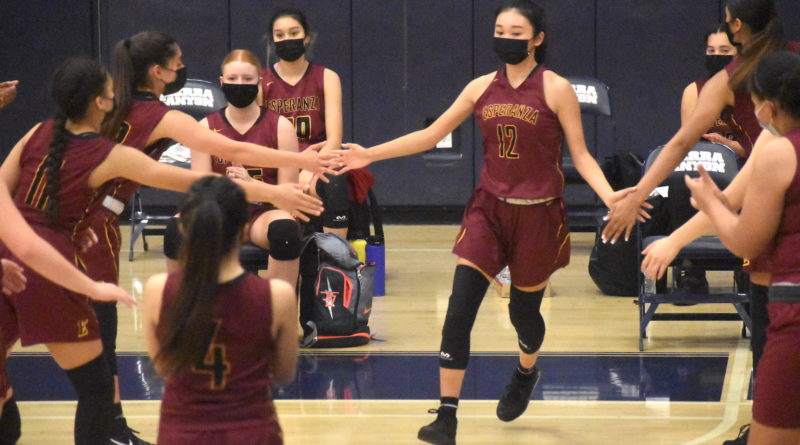 CHATSWORTH– Esperanza is heading to the CIFSS Division 1 semifinals after winning one of the most exciting high school basketball games you’ll ever see. The Aztecs trailed by 17 points at halftime on Wednesday, but won the second half 38-20 to come back and defeat Sierra Canyon 65-64.

The Trailblazers led 64-60 with 49.8 seconds left, but Alyssa Kubo drained first a mid-range jumper and then a three off of turnovers to win it for Esperanza.

Kubo led all scorers with 26 points to go with three assists. Kaiya Mack scored 18 points, 12 in the second half, and added three assists. Emily Briggs scored 14 points and led the Aztecs with five assists.

Mackenly Randolph led Sierra Canyon with 24 points and a game-high 17 rebounds to go with four assists. Christy Reynoso finished with 21 points and five assists, Sofia Ruelas totaled 12 points and seven assists, and Tamia Murphy added seven points and 10 rebounds. Izela Arenas was out for the Trailblazers.