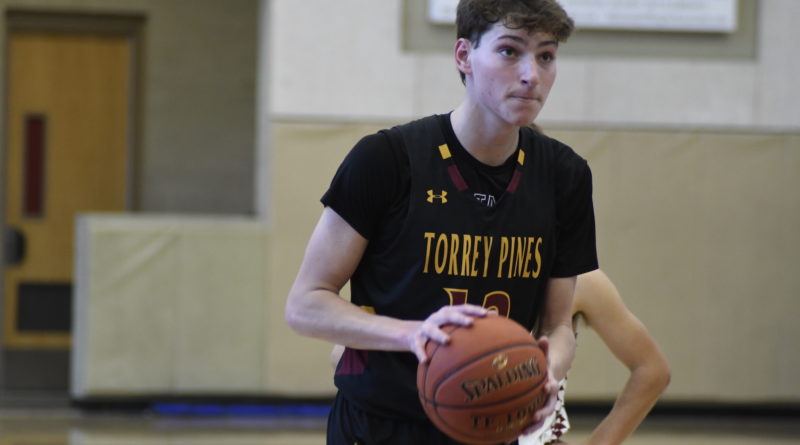 Coronado and Orange Glen both finished the regular season with solid wins that propelled them to grab the top two seeds in the Division 2 playoffs and into the No. 9 and No. 10 spots in SBLive’s CIF San Diego Section Top 10 boys basketball rankings.

The top six teams remained in the same order from last week following a final week of expected results in the San Diego Section.

The Falcons finished the regular season unbeaten after two wins over La Costa Canyon. They’ll start the Open Division playoffs with their third matchup of the season against Carlsbad.

The Knights had a dominant final week, beating Mission Hills by a combined 89 points in two games. They were given the three-seed in the Open Division playoffs.

The Dons ended the season winning eight of nine games and will host Mission Hills in the first round.

The Saints beat Carlsbad in a non-league battle and then lost to Cathedral Catholic on Thursday to even the season series. They’ll take on Santa Fe Christian in the Open Division playoffs.

The Wildcats have won 10 straight since a loss to Carlsbad in the beginning of May. They’ll travel to unbeaten San Marcos.

Santa Fe Christian has only lost once since April 7. They’ll take on St. Augustine in the Open Division playoffs after splitting their two meetings early in the season. They’re expected to have sharpshooter Keatten Smith back in action after a foot injury cost him much of the season.

The Lancers lost four of five games to finish the regular season. They’ll take on Torrey Pines for the third time this season in the Open Division bracket.

The Grizzlies lost all three games last week and will travel to Cathedral Catholic in the eight-team open division bracket.

The Patriots lost two of their final three regular season games but were awarded the top-seed in the Division 2 playoffs.

The Islanders are the two-seed in the Division 2 playoffs and will host Army-Navy Academy.