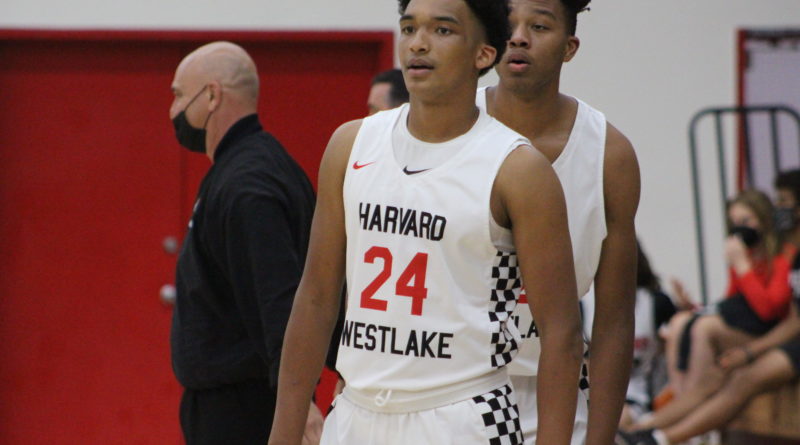 “Our underclassmen were nails for us tonight,” Harvard-Westlake head coach David Rebibo said after his seventh seeded Wolverines team upset No. 2 Corona Centennial 70-65 on the road in the Southern Section Open Division playoffs.

“We found a way tonight,” Rebibo said. “Guys made big plays. We were aggressive. I’m really proud of our guys.”

The Wolverines trailed the Huskies by 12 points in the second quarter, but then went on a 16-6 run to end the half. The two teams went back and forth for the entirety of the second half. With 1:33 to play, Thrower tied the game at 65 on a gutsy left elbow jumper. He then hit a free throw to put the Wolverines ahead 66-65 with 24 seconds left. From there, they hung on to win 70-65.

This loss will sting for Centennial not only because they were upset, but because they didn’t have star sophomore Kylan Boswell who was at Team USA Men’s Junior National Team Minicamp in Houston. In the Open Division playoffs, losing a key player for any reason is a killer.

Harvard-Westlake started the season 3-2 and lost to Chaminade 66-54 on May 12th. Since then they’ve won four games in a row including two wins over Open Division teams (Etiwanda and Centennial). For a lot of the year they were on the Open Division bubble. Friday night they showed they belonged.

“Being a bubble team motivated us and it got us to where we needed to be,” Rebibo said.

Up next for the Wolverines is a visit to No. 3 Mater Dei on Tuesday.