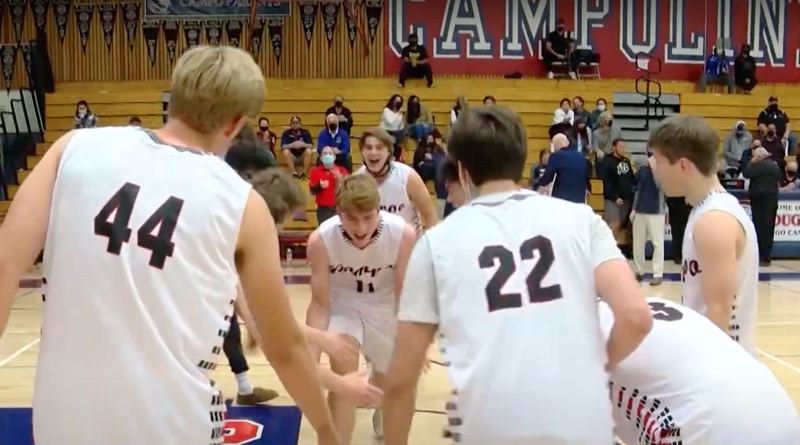 As the spring 2021 high school sports season begin to wind down, here are news and notes from around the Bay Area:

Despite playing without star guard Aidan Mahaney for most of the season, the Campolindo boys basketball team finished its spring season 15-0. Mahaney had an ankle injury to start the season, then he cut his hand on the rim while dunking during a game.

Emmanuel Callas raised his game and led the Cougars, averaging 16 points and eight rebounds. Campolindo is definitely a state championship caliber team that won’t even be able to fight for a section title with the CIF North Cost Section playoffs canceled.

The Liberty (Brentwood) girls soccer team won the league title once again and was poised to make a deep playoff run. The Lions beat Heritage twice this week, handing the Patriots their only two losses of the season.

Liberty’s second win over Heritage was on Thursday night, a thrilling 2-1 victory on senior night. Senior Kylee Gregory, who will play at Central Washington next season, scored a terrific goal late in the second half to put the Lions ahead for good. The Lions are a very talented team with head coach Tony Martins overseeing one of the Bay Area’s best girls soccer programs.

The Mitty boys basketball team won the West Catholic League tournament this week with a 67-58 victory over Riordan in the title game. The Monarchs head into the playoffs as a strong favorite to win the CIF Central Coast Section Open Division.

Michael Mitchell is proving he is the best player in the CIF-CCS. The Pepperdine-bound senior has led a talented group to a 13-1 record, with their only loss a two-point thriller to Capital Christian on May 1.

The CIF Central Coast Section baseball playoffs are scheduled to start on June 12. The section will have six brackets, each playing three games to the title.

The West Catholic League will have its baseball playoffs next week with regular season champion Mitty as the top seed. The Monarchs are led by junior Zach Yorke, who is the third great Yorke brother to play for Mitty. Yorke is hitting .323 this season. Zach’s brothers Nick and Joe are both Division I college players.

The Monarchs will get a test from Blossom Valley League champion Live Oak. The 17-2 Acorns have two top pitchers in sophomores Landon Stump and Aidan Keenan. Both can throw low 90s with a variety of pitches to keep hitters off balance. Stump finished the season 6-0 with a 0.99 ERA, and Keenan was 3-0 with a 1.84 ERA.

Mitty girls basketball coach Sue Phillips was chosen to lead the 2021 USA Basketball U16 Girls National Team once again this summer. Phillips has received multiple national coach of the year honors over her 28-year career, and she has led Mitty to 13 NorCal Championships.

As the 2020-2021 school year comes to a close we will see coaching changes throughout the Bay Area. Notably, Newark Memorial boys basketball coach Craig Ashmore announced this week he is stepping down after 31 years at the helm. Ashmore compiled 680 wins, two NorCal titles and four NCS titles over his tenure. All at a public school with limited resources compared to his private school competitors. Ashmore did this with the help of his dad, Paul, on the bench. Ashmore was always more than kind to me and more importantly he was kind and helpful to his players and their families. Ashmore’s departure is a great loss for Newark Memorial.