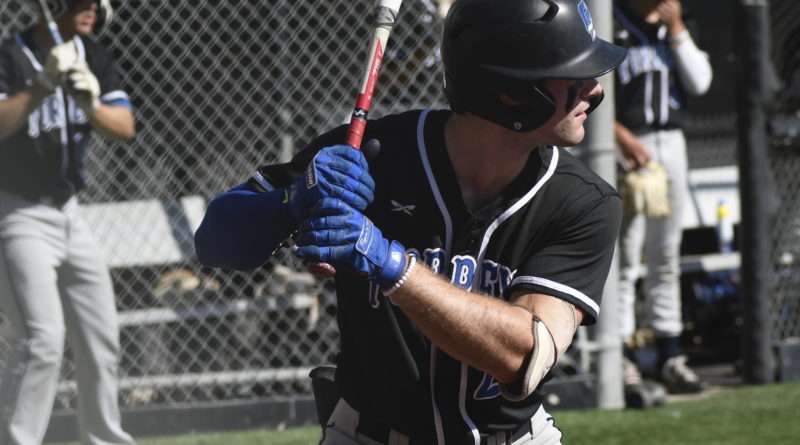 After the 2020 season was cut short because of the COVID-19 pandemic, high school baseball returned to the CIF San Diego Section this spring with a flourish. Two CIF-SDS teams are currently ranked in SBLive’s statewide Top 25 and several others have put together impressive seasons.

Here’s a closer look at 10 baseball players in the CIF-SDS who have had breakout seasons in 2021. The list is in alphabetical order.

Camarillo played his first two seasons at Montgomery and had his junior year at Otay Ranch end after six games due to COVID-19. He’s been one of San Diego’s best players this season, hitting .565 with six doubles, four triples, and three home runs as of Friday to go along with 22 stolen bases. Camarillo has been one of the toughest hitters in San Diego to strikeout this season, whiffing only six times in 73 plate appearances. He’s one of six seniors from the San Diego Section that has signed with Cal State Northridge.

The Knights have taken the role as San Diego’s top team in recent weeks with tons of power and as deep of a lineup as anyone in the section, but it’s Creighton’s emergence that has made San Marcos a top contender in the open division. The Cal Lutheran-signee has struck out 74 batters in 51.2 innings and has allowed one earned run or less in 11 of his 13 appearances this season.

Entrekin has established himself as one of San Diego’s top catchers while positioning the Cougars as one of the teams to beat in the division two playoffs. He’s hitting .443 with 13 doubles, seven home runs, 40 runs batted in and has stolen ten bases.

Gomez had 38 hits for the Foothillers during his first two seasons on campus and was hitting .417 before his junior year ended after just seven games. He’s continued that in 2021, hitting .463 with 11 home runs and nine doubles through the first 28 games for one of San Diego’s most explosive lineups.

After hitting .282 during his first three varsity seasons, Granados has taken a big step forward, hitting. 400 as of Friday with six doubles, two triples, and two home runs. He’s also walked 15 times and has stolen 24 bases. Granados has continued his strong play on the mound, establishing himself as Steele Canyon’s ace. In 42.2 innings so far, he’s allowed eight earned runs and has struck out a whopping 82 batters. He’s signed with Cal State Northridge.

Graff has taken a step forward in each of his four seasons for the Vikings and has put them in position for a top-three seed when the division three playoffs start in ten day. He leads La Jolla in hitting with a .452 average and ten doubles while also serving as their ace on the mound. He’s 7-2 with a 1.73 ERA and threw a no-hitter against San Dieguito Academy on April 6 while doubling in the lone run in the 1-0 victory.

A four-year varsity player for the Torreys, Pajak hit his first two career home runs last year before the season was shut down after seven games. He’s become of the county’s top power threats this season, connecting with ten home runs out of his 22 hits. He’s also pitched ten times for the Torreys, striking out 40 batters with a 1.89 ERA.

Rivera hit .260 during his first two seasons while playing at St. Augustine. He started his junior year with a bang by hitting his first two career two home runs in the season opener again University City and hasn’t slowed down since. He’s hitting .457 this year and after a stretch last week in which he recorded a hit in nine straight at-bats and is now second in the San Diego Section with 11 home runs on the year.

Scott, a three-year starting outfielder for the Grizzlies may have been a household name by now if it weren’t for COVID-19 shutting down his junior season after only eight games. Scott was hitting .536 with two doubles and tens runs batted in before the shutdown. He’s picked up right where he left off last season, hitting .549 with 14 doubles as of Friday to go along with an on-base percentage of .686 and an OPS of 1.503.

Smith has played a huge role for the Eagles who enter their final three games tied for first in the Grossmont Hills League standings. A standout two-way player, Smith is hitting .453 with three home runs and 13 doubles and has only struck out five times in 104 plate appearances. The UCSD-signee is also one of San Diego’s best pitchers amassing a 5-2 record and 2.09 ERA in nine appearances. He’s struck out 80 batters in 50.1 innings and tossed a no-hitter against West Hills on May 1.