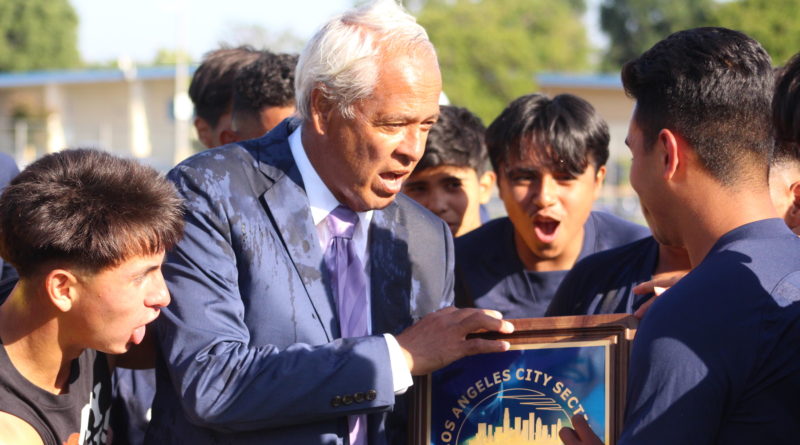 LAKE BALBOA — After a 1-1 draw in regulation, it took a penalty kick shootout to separate Birmingham and West Valley League rival El Camino Real in the Division 1 Boys Soccer City Championship on Thursday. Patriots midfielder Anthony Miron scored a regulation penalty kick and then a shootout penalty in the game. Maika Apana-Bates scored the winning spot kick for Birmingham, who won the shootout 5-4.

Check out all of the photos below.