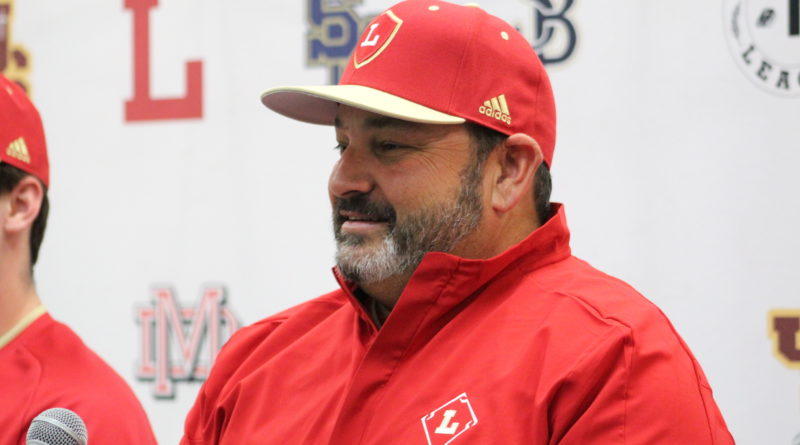 There’s a new No. 1 team in California high school baseball. After taking down JSerra on Monday, Orange Lutheran has moved into the top spot thanks to their 17-game winning streak.

Ayala and Harvard Westlake moved up a couple of spots and round out the top three after losses by Thousand Oaks and Buchanan knocked them down the rankings.

Here’s a look at the Top 25 baseball teams in California as of May 25. SBLive’s statewide California high school baseball rankings are compiled by SBLive reporter Bodie DeSilva and are released weekly throughout the season.

The Lancers stretched their winning streak to 17 games with a win over JSerra in game one of their series.

The Bulldogs scored 50 runs in only three games last week. They’ve won 16 games in a row.

The Wolverines have won 13 in a row since losing 1-0 to St. Francis.

JSerra suffered their first Trinity League loss against Orange Lutheran on Monday but have two more games in the series to capture a league championship.

Buchanan lost their first Tri-River League game of the season on Monday.

The Lancers lost their first game of the season on Thursday, falling to Newbury Park, 2-1, after starting the season 23-0.

The Trailblazers have outscored their opponents 73-2 during their current seven-game winning streak.

The Red-Tailed Hawks wrapped up their season on a seven-game winning streak to finish 19-1.

San Joaquin Memorial has scored 45 runs in four games since losing to Sanger.

The Knights have hit 19 home runs during their eight-game winning streak.

The Spartans split with Foothill last week and finish up with two games against Canyon this week.

The Monarchs have won seven in a row as they enter their final two games of the regular season against Bellarmine Prep.

The Knights hold a share of the league title as they prepare for their final two games against El Dorado.

The Knights have won ten straight and sit atop the County/Metro League standings.

The Acorns can clinch a Mount Hamilton League championship with a win in either of their final two games against Santa Teresa.

The Patriots finished up their season at 17-3 on a three-game winning streak.

The Highlanders have won 14 straight as they’ve established themselves as the top team in the LA City Section.

The Foothillers have scored eight runs or more in five straight games. They have four league games left before playoffs.

The Thundering Herd can clinch a league title with a win over Pleasant Grove on Thursday.

The Cardinals have two league games against Analy before finishing up with Casa Grande.

The Wolves swept Norco after taking the final two games from Corona.

The Spartans finished their season at 20-4 with a 13-game winning streak.

The Knights have their 11-game winning streak ended with No. 3 Harvard Westlake on Monday.