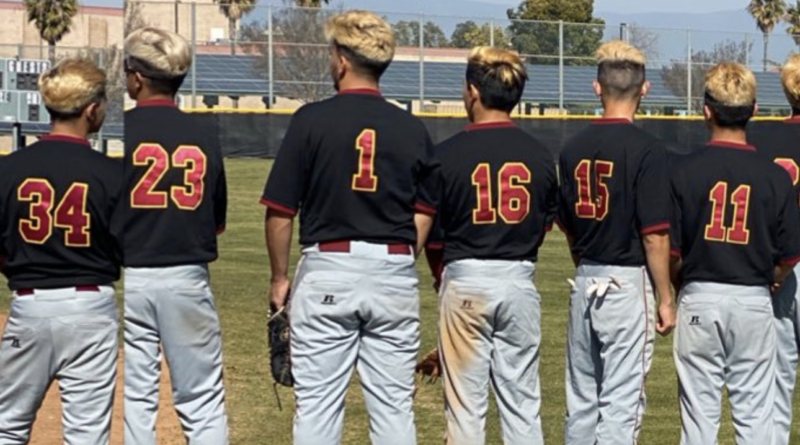 Here are SBLive’s Top 10 LA City Section high school baseball rankings for the week of May 24. The rankings were compiled by SBLive California reporter Connor Morrissette.

The Highlanders have won 14 games in a row and show no signs of slowing down.

Back to back sweeps over Taft and No. 7 Chatsworth keep Cleveland at No. 2.

The Roughriders have won 15 games in a row after losing their first three games to No. 1 Granada Hills, No. 6 Banning and No. 7 Chatsworth. On Saturday, Roosevelt took down No. 5 San Pedro 6-4. Adrian Godoy got the win in the game.

Birmingham finishes the regular season with two games against No. 2 Cleveland. Sweeping No. 7 Chatsworth and beating No. 5 San Pedro earlier this year keep the Patriots in the top five.

Prior to their loss to No. 3 Roosevelt, San Pedro had beaten Marine League foes Narbonne and Carson by a combined 16-0 score.

Banning has had some trouble in Marine League play, they’re 4-4, but whenever star pitcher Anthony Joya is on the hill, the Pilots will have a chance.

Chatsworth’s 2-6 West Valley League record isn’t great, but this week the Chancellors finish league play against Taft, who is 1-7, so their win total should rise. Chatsworth has beaten No. 10 Palisades twice, No. 3 Roosevelt, Narbonne, No. 5 San Pedro and No. 9 El Camino Real twice. They have many marquee wins.

Sylmar had a great week last week sweeping Valley Mission League rival San Fernando by scores of 1-0 and 2-0. The Spartans have talented starting pitching thanks to AJ Hernandez and Frank Garcia.

The ten spot was a close call between Palisades and Narbonne, but the Dolphins have been more consistent lately so they got the nod. Narbonne barely misses out this week.