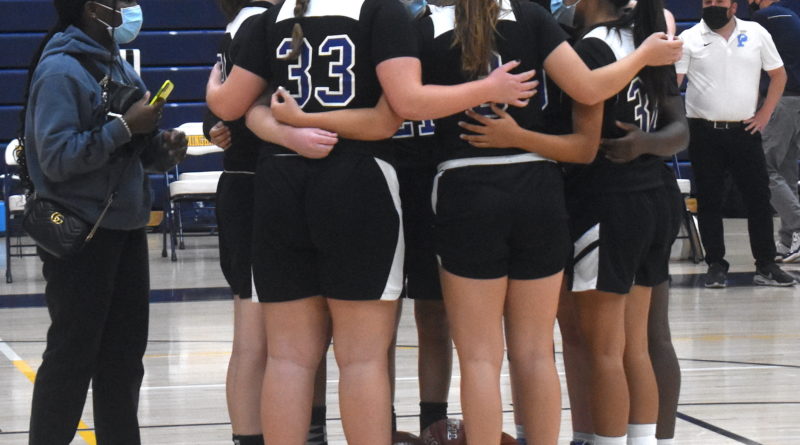 The reigning Open Division champ has hit its stride as expected. Pali nearly knocked off West (Torrance) on Tuesday, beat Redondo Union on Wednesday, beat Westchester by double-digits on Thursday, and blew out Fairfax on Friday. Not a lot of teams have the depth to pull off a four-day stretch like that.

The Dolphins have what’s likely their biggest week of the season yet this week: Sierra Canyon (non-league), LACES, and Hamilton.

Last week, the Lady Yankees defeated dangerous Westchester by 10 points and routed Kennedy (Granada Hills). Ideally they can put Fairfax and Brentwood away in less than four quarters on Wednesday and Thursday to stay fresh for Friday at Palisades, which is almost certainly the Western League title match.

The Highlanders have quickly built up momentum, as they’re on a three-game winning streak. Their games against ElCo and Birmingham are both likely to turn into exciting battles.

Despite an 18-point loss against Birmingham, ElCo is still plenty dangerous and could be a championship contender a couple weeks down the road. There’s no time to waste to round into form though, as the Conquistadors face Granada Hills, Taft, Granada Hills again, and Birmingham again in the next two weeks. Since ElCo didn’t get much of a preseason in, they’re at risk of getting the short end of the stick in terms of playoff seeding.

After very nearly knocking off Hamilton, the Unicorns beat Fairfax without Aliyah Pollard. They’ll be playing with house money hosting Palisades on Wednesday.

After cruising past South Gate, Narbonne blew out rival Carson last week. Wednesday’s match with upstart San Pedro could prove to be the game of the week.

The Cougars blew out North Hollywood last week, and have a great slate of games this week: Carson (non-league), Westchester (non-league), and King/Drew. Don’t be surprised if next week Crenshaw checks in at 4-0 and inside our top five.

Westchester faced the incumbent two best teams in the section in its first two games of the whole season, and only lost by 10 and 16 points respectively. For a team reliant on young talent, that’s not a worrying start, and the reigning Division 1 champion has three league games it’ll be the favorite in.

San Pedro turned heads with a 69-30 rout of Carson on Wednesday, and also beat Bell on Friday.