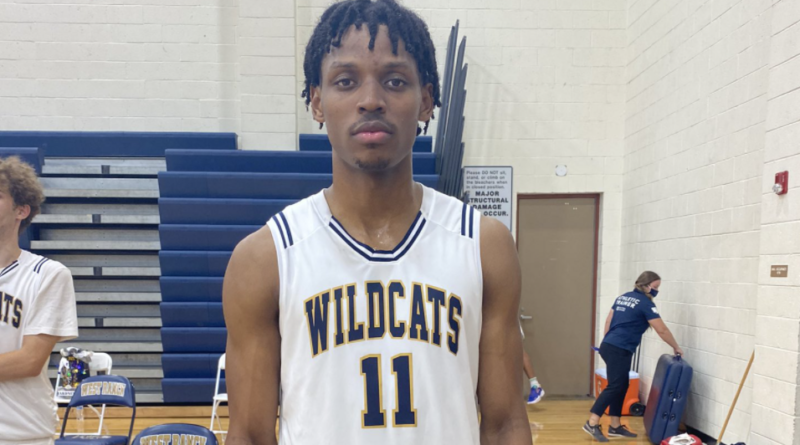 Here’s a look at the top teams in the state for the week of May 17. SBLive’s statewide high school boys basketball rankings are compiled by SBLive California reporter Connor Morrissette and are released every Monday throughout the spring 2021 season.

Amari Bailey scored a career high and Sierra Canyon record 46 points in a a 102-74 win over Campbell Hall last week.

The Cougars have beaten Salesian College Prep, No. 13 Archbishop Riordan, Bishop O’Dowd and De La Salle to start the season. They’re the clear No. 1 team in Northern California at the moment.

St. Mary’s commit Chris Howell and Nick Herrmann lead a talented Falcons team that shouldn’t only be recognized as the top team in San Diego — they’re one of the top teams in the state. Torrey Pines best win came against No. 5 Corona Centennial.

Centennial has won 15 games in a row including an overtime win over No. 6 Ribet Academy.

Ribet Academy lost to No. 5 Corona Centennial 79-75 in overtime last week but bounced back with a 71-69 win over No. 22 Heritage Christian on Saturday.

Harvard-Westlake lost to No. 24 Chaminade last week but then beat No. 8 Etiwanda 71-62, to put them back in the Southern Section Open Division playoff picture.

Etiwanda lost to No. 7 Harvard-Westlake 71-62 on Saturday. The Eagles trailed by double-digits for most of the game.

Damien has lost just two games this season and they both came against No. 8 Etiwanda, once by four points and a second time by three points.

Beware of St. John Bosco’s three-headed monster of Scotty Washington, Jeremiah Nyarko and Lamaj Lewis (LMU commit). The Braves have won four in a row. They meet No. 2 Mater Dei on Thursday.

The Ugly Eagles are off to an 8-0 start which includes an impressive win over No. 14 Capital Christian. They play No. 3 Campolindo on Wednesday.

Devon Arlington has pushed San Marcos to a 19-0 start.

Archbishop Riordan returns to the rankings after winning five games in a row. They had a 77-66 win against No. 14 Capital Christian over the weekend.

Capital Christian’s two defeats this season have come against No. 11 Clayton Valley Charter and No. 13 Archbishop Riordan. They’ve beaten No. 15 Archbishop Mitty.

Mitty has won six games in a row, but their one defeat came to No. 14 Capital Christian who lost to No. 13 Archbishop Riordan last week, so Mitty falls one spot.

Modesto Christian has won ten of their 11 games by double-digits so far this season.

Dublin lost to No. 15 Archbishop Mitty 86-79 on Thursday but bounced back with two big wins over De La Salle.

Westchester began its season with a 65-51 win over Venice. Zion Sutton scored 20 points in the victory.

The Knights hung around with No. 1 Sierra Canyon earlier this month before ultimately falling 72-59. They have a very talented team led by junior guard Dre Roman.

Roosevelt’s win over No. 21 Colony earlier this season is proving to be a big one. The Mustangs lone defeat this year came to No. 5 Centennial 84-47. Roosevelt will try and get revenge against Corona Centennial this week.

A balanced scoring attack from Colony led to a 72-69 win over No. 24 Chaminade two weeks ago. That was their best win of the year.

Heritage Christian showed they are one of the top teams in the state in their 71-69 defeat to No. 6 Ribet Academy.

Obinna Anyanwu (Cal commit) and Dillon Wilhite are two of the top players in San Diego. The Dons lost their first game of the season to St. Augustine 46-39 two weeks ago, but they’ve bounced back with three straight wins.

Chaminade picked up a huge win over No. 7 Harvard-Westlake last week but then lost to 4-11 Notre Dame.

The Wildcats are the clear top team in the Foothill League. Corey Cofield scored 29 points last week in a win over Saugus.