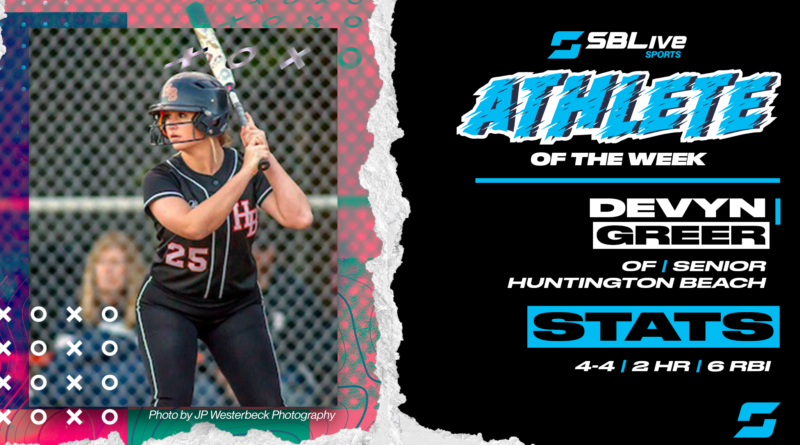 Congratulations to Huntington Beach senior Devyn Greer for being voted SBLive’s Southern California High School Athlete of the Week for May 3-9!

The senior went 4-4 with two home runs and six runs batted in during last week’s win over Los Alamitos.

Nick Herrmann, Torrey Pines G: Herrmann had a career high 38 points on 15 of 23 shooting to help the Falcons take down Bonita Vista, 85-63.

Kristian Gonzalez, Mission Bay G: Gonzalez had 41 points, eight rebounds, and four assists to help the Buccaneers to a 91-36 win over Hilltop.

Carson Frincke, Carlsbad G: Frincke has made multiple three-pointers in each game for the Lancers this season. He was 7 for 15 from long range in two games last week.