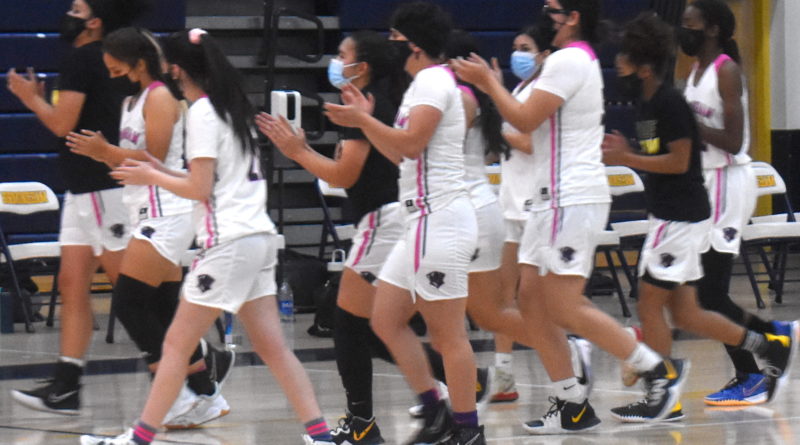 The Los Angeles City Section girls basketball season has tipped off for most teams, but Westchester, Crenshaw and Carson have yet to play a game. Here’s a look at the Top 10 teams in the CIFLACS as of May 11.

Don’t let their 3-4 start fool you. When healthy, Palisades is as good ever. And they’ve already beaten another title contender, Birmingham, missing two starters. Right now, the Dolphins are the clear favorite to repeat in the Open Division.

Reigning Open Division finalist Hamilton and reigning Division 2 champion LACES each had the challenging assignment of opening the season against each other. Hamilton pulled out a 53-51 behind 20 points from Sydney Blevins in what should be viewed as an impressive debut for both sides.

Like Palisades, Birmingham doesn’t have a winning record, but that’s a result of the opportunity to get in some preseason games against Southern Section elites before league play. And they proved they belonged on the same floor as numerous powerhouses in those games, win or lose. Birmingham’s loss against Pali stings, but the Patriots can reach another gear in the weeks to come and potentially contend for an Open Division title. This Thursday’s match against ElCo is must-see.

With Gaby and Audrey Quintana now at ECR from Taft, and Payton Love, Jackie Privado, and Jaylee Hall returning as seniors, the Conquistadores are stacked. ElCo looks like an Open Division semifinalist and championship threat once again on paper, but is still in the process of working out the kinks.

The Highlanders lost a great senior class, but return enough contributors from last season’s Open Division semifinalist team, including Colleen Navasartian and Calista Arzaga, to remain in the mix. Thursday’s win against Taft could bring a major statement win, or a major challenge.

The reigning Division 1 champion is yet to tip off, but projects as an Open Division playoff threat. Rylei Waugh enters the season as the best sophomore in the section, but she’ll face some serious competition coming for that status this season.

LACES, the reigning Division 2 champion, came two points away from knocking off No. 2 Hamilton. Who knows how much they could rise again this season? The Unicorns, like nearly every other team ranked in the top six, return all of their 2019-20 core except for just a couple of key players. Aliyah Pollard could contend for section MVP, and at minimum is a clear top-10 player.

Crenshaw, yet to play, is likely to warrant another Open Division playoff berth this season. Ameerah Ali could very well be the best player in the section this season, and there are other talented returners around her. They could be the darkhorse in the Open Division if depth isn’t an issue.

The Gauchos beat South Gate 54-28, and return one of the section’s best backcourts from last year’s Open Division team in Tiah Sherman and Brandy Castaneda. A low-seed Open Division berth or a Division 1 playoff run are likely outcomes for Narbonne this season.

Like their rival Narbonne, who they play on Friday, Carson is in the hunt for a Marine League championship and Division 1 title despite having graduated one of the best players in the section. The Colts had an outstanding Division 1 playoff run last season, but look to get over the hump after not bringing their A-game in the Division 1 championship.