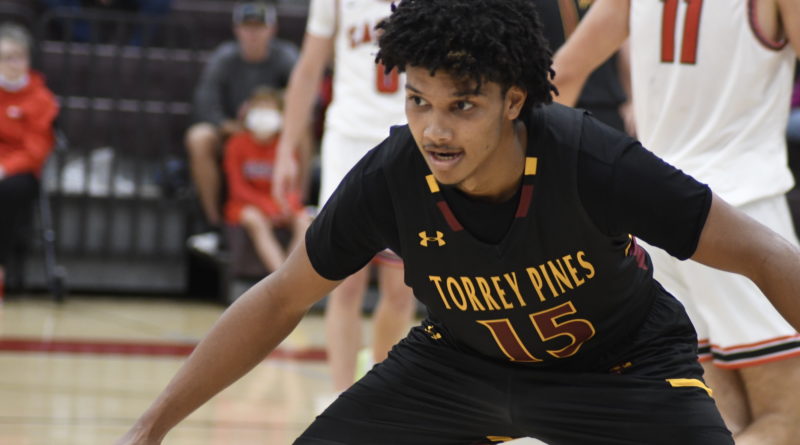 St. Augustine continued its hot streak again this week with two top-10 wins, including a victory over Cathedral Catholic to knock the Dons from the top spot in our rankings and hand them their first loss of the season.

The Falcons went 3-0 last week, taking down Coronado, Mater Dei Catholic and Bonita Vista while scoring 80 points or more in each game.

San Marcos moved to 4-0 in league play with wins over Rancho Bernardo on back-to-back nights.

The Dons blew out Christian and La Jolla Country Day but suffered their first defeat of the season at St. Augustine. They’ll be on the road for three more games this week.

The Eagles have won 11 straight since two early losses. They’ve been dominant in Coastal League play.

The Lancers fell to St. Augustine on Tuesday before splitting league games with El Camino during the weekend. They’ll take on top-ranked Torrey Pines twice this week.

Mater Dei Catholic had their seven-game winning streak snapped against Torrey Pines on Friday. They’ll host El Camino on Tuesday in a huge game for seeding purposes before resuming league play on Friday.

The Grizzlies bounced back from their loss to Del Norte with two league wins over Westview this past weekend.

Orange Glen picked up two non-league wins early in the week before falling to Santa Fe Christian on Saturday for the second time this season.