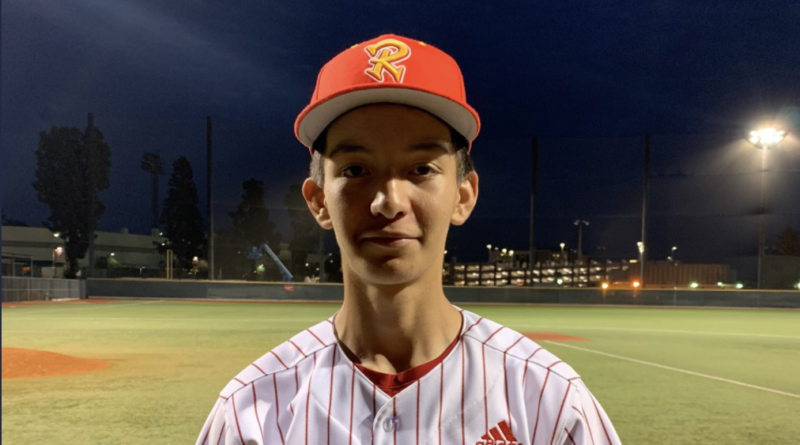 Here are SBLive’s Top 10 LA City Section high school baseball rankings for the week of May 10. The rankings were compiled by SBLive California reporter Connor Morrissette.

Two West Valley League sweeps over Taft and No. 7 Chatsworth keep the Patriots at No. 1. This week, Birmingham has a two game series against No. 2 Granada Hills.

The Highlanders swept No. 7 Chatsworth and No. 3 Cleveland to open West Valley League play. Can they do the same against the reigning three time City champions? If they can, we’ll have a new No. 1.

Cleveland was swept by No. 2 Granada Hills last week, but then the Cavaliers came out and beat No. 4 San Pedro 7-5 on Saturday, so they stay at three. Alden Quintanilla hit a home run against San Pedro.

San Pedro is a perfect 4-0 in the Marine League. They are also the only City Section team to beat No. 2 Granada Hills, but defeats to No. 1 Birmingham, No. 7 Chatsworth and No. 3 Cleveland means the Pirates come in at No. 4 this week.

Sylmar’s best win came against No. 7 Chatsworth. Their losses are against No. 2 Granada Hills, No. 3 Cleveland and No. 10 Poly. The Spartans have won six games in a row though so they move to No. 5 this week. Future series against Kennedy and San Fernando will show exactly how good Sylmar is this season under head coach Ray Rivera.

Dropping a game to Taft pushes the Conquistadors back to No. 6.

Chatsworth is winless in West Valley League play, but they have non-league wins over No. 9 Roosevelt, Narbonne, Palisades, San Fernando and No. 4 San Pedro.

Banning star pitcher Anthony Joya had his first losing effort this season in an 11-8 defeat to Narbonne last week, but the Pilots fought back to win game two 7-4. This week, Banning has a huge series against No. 4 San Pedro.

The Roughriders have won nine games in a row after losing their first three to No. 2 Granada Hills, No. 8 Banning and No. 7 Chatsworth. Roosevelt’s best wins during their nine game run have been victories over No. 10 Poly and Carson. In the 13-3 Carson win, Lino Zepeda threw a complete game.

Poly is a perfect 4-0 in East Valley League play, but they dropped a non-league game to Marshall last week which pushes them back to No. 10. Poly’s best wins have come against No. 5 Sylmar, Kennedy and San Fernando.