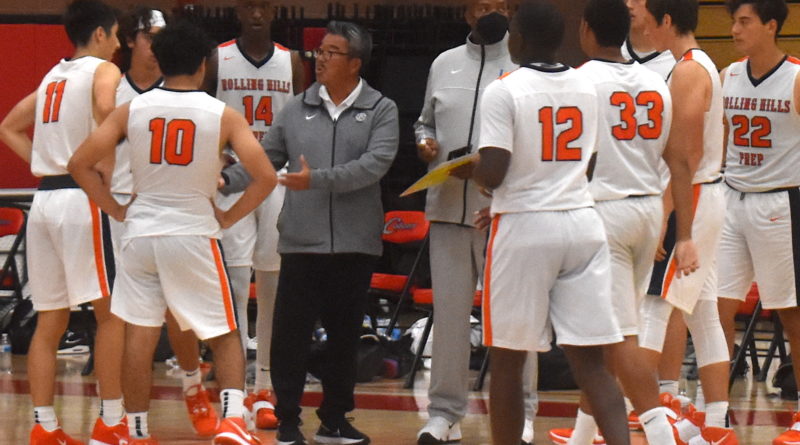 ONTARIO– Seydi Thiombane and Benny Gealer shined at the State Preview Classic on Saturday in a dominant effort for RHP, a 60-30 blowout of Loyola.

Thiombane led the game in scoring by a wide margin with 25 points, and was unstoppable around the rim. Gealer finished with only seven points, but he led the game in assists and also controlled the tempo of the game as a disruptive defensive presence. Rolling Hills Prep was at a size disadvantage, but the Huskies’ team-wide defensive effort, which started with outstanding pressure on the perimeter, had Loyola on its heels for nearly the whole game.

Check out our highlight video from the game, and our game photos below the video.