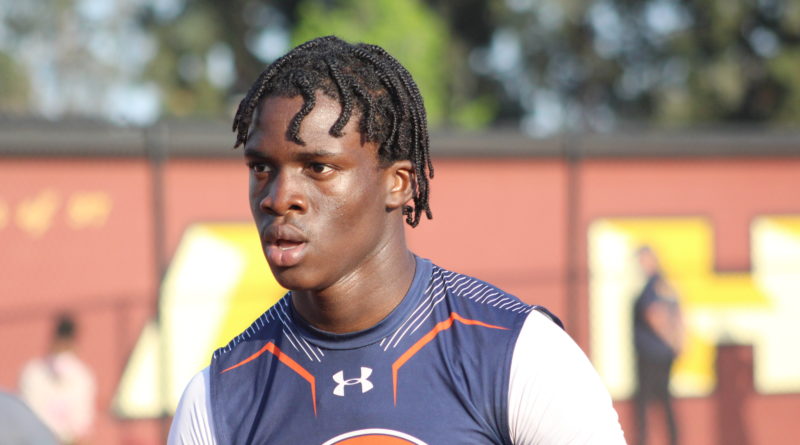 ARCADIA — With no CIF track and field state championships taking place this year in California due to COVID-19, Friday and Saturday’s Arcadia Invitational was the closest event to a state meet track athletes will get this spring. Several 2021 state marks were set during the invitational portion of Saturday’s meet. Below are some of the highlights.

Colin Sahlman from Newbury Park won the Men’s 3,200 meter race in a blazing 8:43:42, which was the best mark in the state this year.

Golden Valley’s Antonio Abrego set a state best 800 meter time of 1:51:33. That’s good for sixth in the nation this year.

Chaminade sprinter Patrick Ize-Iyamu ran a 10.47 in the 100 meter race. That time was a state best mark and good for sixth best nationally.

Football receiver JT Thompson of Harvard-Westlake won the triple jump on his final attempt at 47-2, which is the new top mark in the state.