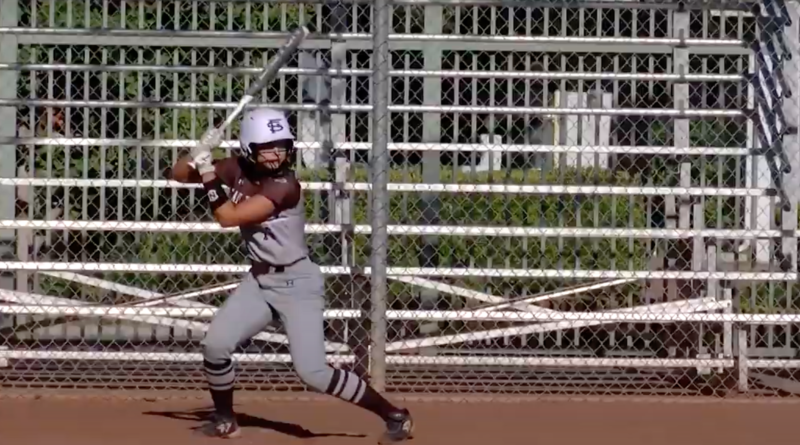 With high school softball in full swing in the Bay Area, here’s a look at the Top 10 teams as of May 7:

The Lancers are loaded with talent making this an easy pick for number one. These girls are hitters, batting an incredible .460 as a team with 25 home runs in their 14 games. Several of the girls have played together since they were eight years old. The camaraderie is evident with crisp defense and a team chemistry that can’t be beat. This is a young team with just three seniors. The group is led by Minnesota bound shortstop Jessica Oakland who is the daughter of head coach Mike Oakland. Jessica is an outstanding defensive player and a great hitter. Jess has crazy video-game-like stats, batting .625 with 30 hits including nine home runs and 33 RBIs.

The Patriots don’t face the same kind of competition on a daily basis as the Lancers, but the teams they do face they dominate. Heritage is hitting .479 as a team with Cal commit Tiana Bell leading the way. Bell is hitting .652 with 30 hits and nine home runs. Sophomore Alex Cutonilli is batting .609 with 28 hits and 25 RBIs. The NCS is not doing playoffs this year so next week’s game against Freedom for the league title is a big one. See our feature on Bell here.

Foothill has losses to Monte Vista (3-1) and Livermore (7-6 in 8 innings) and 11 wins over quality teams. The Falcons look to senior captain Emma Chandler as their team leader. The Falcons got revenge on Livermore this week with a 5-0 win. Maddie Heinlin was great on the mound for the Falcons with a complete game five hitter with 13 strikeouts.

Three teams lead the East Bay League and continue to beat up on each other. Livermore plays Foothill on Friday, Amador Valley got crushed by Foothill Tuesday and Livermore lost to Amador Valley last week. Livermore, who already has a win over Foothill, is led by junior pitcher Taylor Rodriguez. She has a 10-1 record with a 2.04 ERA.

Mitty has a loss to No. 1 Saint Francis and that’s it. The two teams play again this Friday with Mitty looking to even the score. The Monarchs Elon Butler is hitting .519 with 14 hits and 15 RBIs. Mitty and St. Francis will meet two more times before a likely meeting in the CCS title game.

The Giants are led by junior pitcher Sadie Leonard who is having a remarkable season. A 6-foot junior, Leonard is proving she is among the best in the nation with a 0.81 ERA and 94 strikeouts in 11 games. She was stellar when the Giants beat Marin Catholic earlier this season 6-0. Leonard has given up just six earned runs and 23 hits all season. The Giants will meet Marin Catholic again May 21. It’s the final game of the season with the NCS not having playoffs.

The Falcons are on a roll with wins in their last six games. College Park has added some tough games to its non-league schedule to make this ranking legit. The Falcons season ended April 22nd with a win over San Ramon Valley.

The Falcons live in the shadow of Heritage, losing three times to the Patriots and winning every other game. Freedom will get one last shot at the Patriots next week. Again, there are no NCS playoffs so this game means everything for the Falcons.

The Dons, whose only loss is to No. 1 Saint Francis, have won six straight games. Junior Olivia Dinardo is crushing the ball, hitting .789 with 15 hits, 13 RBIs and five home runs. The Dons split pitching time between sophomore Brooke Tran and freshman Rae D’Amato.

The Dons were rolling with an undefeated record before losing two games by huge scores this week to Foothill and Cal.