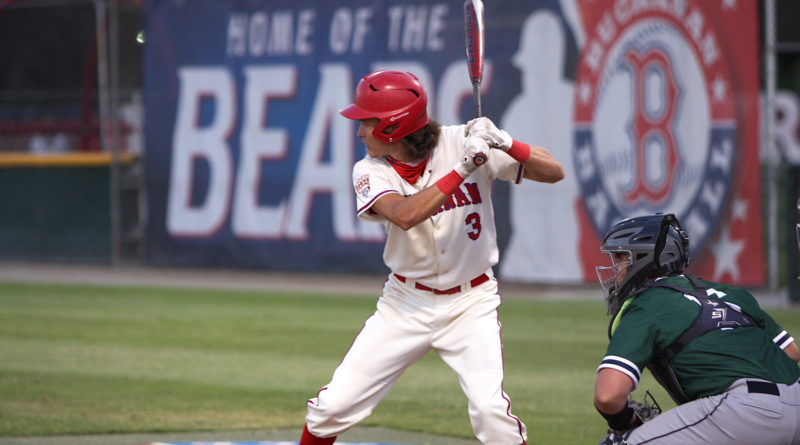 No. 2 Orange Lutheran followed suit by starting league play and sweeping Servite as they head into this week’s series against Mater Dei. Riding an eight-game winning streak, Buchanan jumped up to No. 3 this week.

SBLive’s statewide high school baseball rankings are compiled by SBLive California reporter Bodie DeSilva and will be released weekly throughout the season.

The Lancers have outscored their opponents 62-6 over their last six games.

The Bears have won eight straight games since losing to Bullard.

The Eagles have won 13 in a row as they enter this week’s series against JSerra.

The Bulldogs have scored six runs or more in every game during their nine-game winning streak.

The Dolphins will be off until they take on Long Beach Wilson on May 1st.

The Panthers only two losses have come against Buchanan.

The Bulldogs have scored 66 runs during their current seven-game winning streak.

The Broncos split with San Marcos last week during their league opening series.

The Padres offense has been on fire, averaging ten runs per game this season.

The Foothillers scored 27 runs during their Saturday doubleheader sweep of Valhalla.

The Cardinals have won eight of their nine games by more than one run during their undefeated start.

The Patriots took both games from Antioch in league play last week.

The Thundering Herd have reeled off 12 straight wins after being shutout in their opener.

The Acorns have been dominant during their nine-game winning streak to start the season.

The Red Tailed Hawks have outscored their opponents 44-8 over their last four games.

The Trailblazers split with Paraclete before shutting out El Camino Real on Saturday.

The Knights took down Edison, 15-2, in their only game last week.

The Spartans scored ten runs or more in all three wins last week.

The Dolphins have only played once since April 17th and are on a two-game losing streak.

The Knights split with Rancho Bernardo during their opening series of league play.

The Oilers won their two games by a combined score of 35-1 last week.

The Thundering Herd lost to De La Salle on Saturday, their second loss of the season.