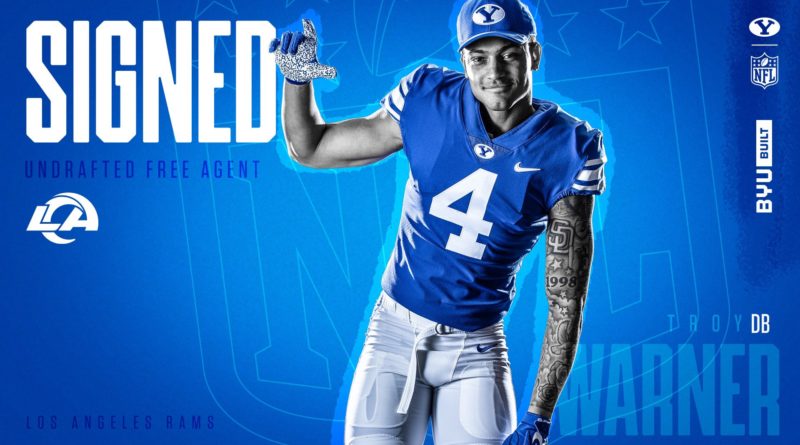 San Diego Section news and notes from the past week:

The San Diego Section did not have any former standouts selected in last week’s NFL Draft, though four former players have signed on with teams as undrafted free agents.

Warner, the younger brother of 49ers All-Pro linebacker Fred Warner, was a two-time All-CIF selection for the Grizzlies before heading to BYU. He made 120 tackles and grabbed two interception during his five years for the Cougars. Warner has signed with the Los Angeles Rams.

Thompson was a two-time All-CIF selection for the Saints before becoming a starter for the Aztecs during his freshman season. Thompson made 210 tackles, grabbed 11 interceptions and forced five fumbles during his time with San Diego State. He signed with the Buffalo Bills.

Johnson’s Houston Baptist team was limited to four games during his senior year. He was able to jump on the map with 104 tackles, six sacks, and an interception during his junior campaign. He signed with the Chicago Bears.

Burton was an All-CIF selection on the defensive line during his senior season before heading to UCLA. He switched to the offensive line and played 29 games for the Bruins before transferring to Baylor for his final year. He signed with the New York Giants.

10am: The Rock Academy vs. Pacific Ridge