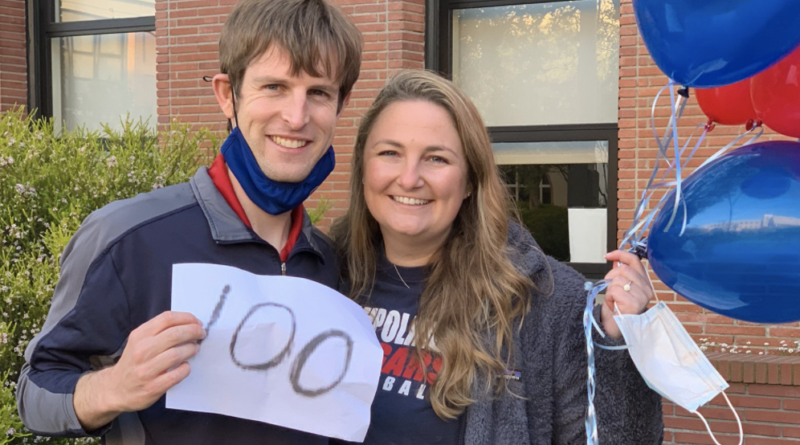 The spring 2021 California high school boys basketball season continues this week with league play either beginning or continuing for the majority of ranked teams.

Amari Bailey is off to a hot start. He scored 28 points in the Trailblazers’ 72-59 win over St. Joseph on Saturday. Before that, he poured in a career high 29 points in a win over El Camino Real.

Etiwanda pulled off a surprising 64-60 win over Damien in their season opener and since then the Eagles have won three straight. Senior Marcus Green has emerged as a player to watch.

Campolindo’s Aidan Mahaney is one of the state’s best guards in the 2022 class, but he’s missed time with injuries so far this season. Despite his limited availability, the Cougars have beaten Salesian College Prep and Archbishop Riordan.

Harvard-Westlake has won seven games in a row. The Wolverines have great young talent led by junior Cameron Thrower and sophomore Brady Dunlap. Their two defeats came against Damien and Heritage Christian.

Ribet Academy has the potential to be the top team in the state. Look for the Frogs to push to the top of the rankings in the future.

Centennial has won nine games in a row to jump into the top ten. On Saturday, the Huskies destroyed Long Beach Poly 81-41.

Santa Margarita has been one of the surprises of the spring so far thanks to a win over St. John Bosco. Jake Blazona and Luke Murphy are key contributors. Last week, the Eagles fell to Mater Dei 51-38.

Beware of St. John Bosco’s three-headed monster of Scotty Washington, Jeremiah Nyarko and Lamaj Lewis (LMU commit). The Braves only slip up so far came against Santa Margarita, 61-58 in overtime.

Archbishop Riordan went 23-5 a year ago and was still in the state playoffs when the COVID-19 pandemic shut down high school basketball in the state. Their lone loss this season came to Campolindo.

The Ugly Eagles are off to a 2-0 start which includes an impressive win over Capital Christian.

Devon Arlington has pushed San Marcos to a 15-0 start.

Capital Christian’s lone defeat on the season came against Clayton Valley Charter, but the Cougars did record a two point win over Archbishop Mitty on Saturday.

Mitty lost by two points to Capital Christian, which pushed the Monarchs to No. 19.

Modesto Christian has won by double-digits in all of their games so far this season.

How far will senior guard TJ Wainwright take the Comets? Westchester begins its season on Saturday.

2022 UCLA commit Dylan Andrews and four star big man Kijani Wright are stars, but Windward has had to deal with a COVID-19 pause and injuries this spring. Last Friday, the Wildcats lost to Crossroads 56-53.

David Elliott is off to a hot start for the Patriots.

The Knights hung around with Sierra Canyon on Saturday before ultimately falling 72-59, which was enough to keep them in the Top 25.