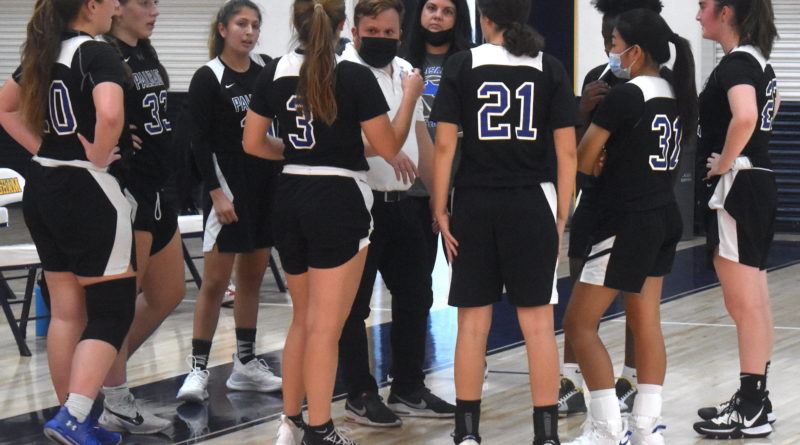 LAKE BALBOA– Reigning CIFLACS Open Division champion Palisades defeated Birmingham in a 51-49 thriller on Friday. In a game that was never separated by more than two possessions, the Dolphins trailed 38-34 coming into the fourth quarter, but a Sammie Arnold floater with six seconds left in the game proved to be a game-winner.

Taylor Arnold led both sides in points (tied) and rebounds, finishing with a 17-point double-double. Here are three takeaways from the game:

Pali was missing two starters in G/F Demonnie Lagway and F/C Ivy Scott, and a key bench big in Janelly Portillo. Those three alone could form the core of a section title contender, but the Dolphins reminded everyone that they’re the deepest team in the section in this one. Taylor Arnold, Elise Arnold, Sophia Canter, and Sydney Meskin all got increased run and role, and Palisades’ depth was a deciding factor on both sides of the ball.

F/C Taylor Arnold got off to a hot start for Palisades with a few buckets in the post in the first quarter, and ended up having a career night. The sophomore recorded her first high school double-double, scoring 17 points and leading the game in rebounds. Arnold is ambidextrous, and showed it off numerous times in the paint with a bevy of left-handed finishes on short hooks and step-throughs. Her ability to defend in space very well for someone with post player size was also a major contribution.

This loss stings for Birmingham, which led 47-42 with a little over a minute to play. But the Patriots still looked the part of a championship contender, and have numerous matches against great teams left this season to tune up their late-game execution.

Outside of its top returners, Birmingham has enough talented role players including Samantha Velasquez, Aliah Medina, Cate Soonthonthum, and Mia Calderon to be able to potentially match up with the section’s few crazy deep teams such as Pali. Between now and the playoffs, there is plenty of time for that group to continue adjusting to increased roles this season to be ready for a potential rematch in the semifinals or finals. For Velasquez, one of the top freshman in the section, that’s more time to develop as a starter and potential star in her first high school season. Throw in the fact that the Patriots can shoot significantly better from the perimeter than they did in this one, and they’re a threat to knock out anyone come playoff time.