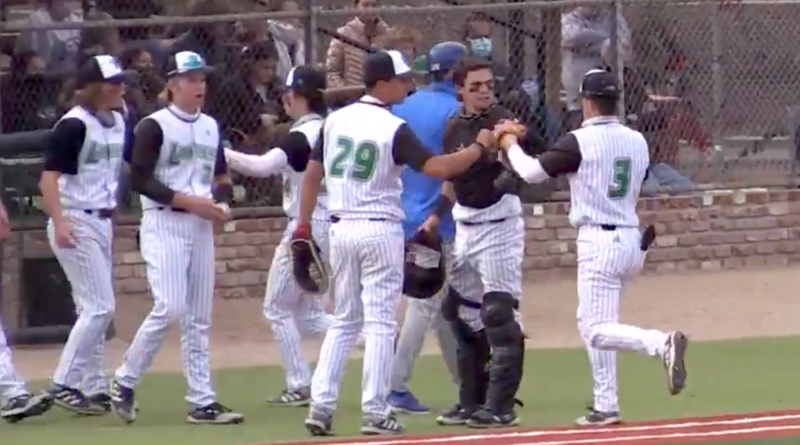 After losing their first game of the season last week, Rancho Bernardo has dropped from the top spot in this week’s SBLive California Baseball Top 25 rankings, giving way to undefeated Thousand Oaks. The Lancers have their offense firing on all cylinders, totaling 18 home runs so far.

SBLive’s statewide high school baseball rankings are compiled by SBLive California reporter Bodie DeSilva and will be released weekly throughout the season.

Thousand Oaks has scored 100 runs more than their opponents during their 13-0 start. They’ve stolen 30 bases as a team.

The Lancers have won four straight by an average of over six runs per game.

The Broncos are no longer undefeated, but bounced back with a 11-0 win over La Costa Canyon to capture the North County Tournament Championship.

The Eagles have won 11 straight games in a variety of different styles.

The Dolphins will be off until they take on Long Beach Wilson on May 1st.

The Bears have scored 69 runs in only five games since losing to Bullard.

The Bulldogs have scored 66 runs during their current seven-game winning streak.

The Wolverines swept Loyola last week, shutting out the Cubs in each of the three games.

King’s pitching staff has only allowed three home runs in 103 innings so far this season.

The Trailblazers have started out 4-0 in league play, recording shutouts in three of the games.

Both losses so far have come at the hands of Buchanan.

The Grizzlies have only allowed one run total over their past three games.

The Warriors are hitting .358 as a team so far this spring.

The Thundering Herd have reeled off 12 straight wins after being shutout in their opener.

The Padres have four starters hitting .400 or better so far.

The Red Tailed Hawks have been dominant, outscoring their opponents by 76 runs in their first 11 games.

The Patriots have struck out 101 batters in 97 innings so far this season.

After a rough start, the Lions have stabilized things with seven straight victories.

Early wins over JSerra, Orange Lutheran, and Mater Dei have kept the Knights around.

The Mavericks handed Rancho Bernardo their first loss but were shutout by the Broncos two days later. League play begins this week.

The Cardinals have allowed more that two runs in a game only once during their unbeaten start.

Sophomore pitcher Trevor Hansen has an ERA of 0.23 and 39 strikeouts in five starts so far.