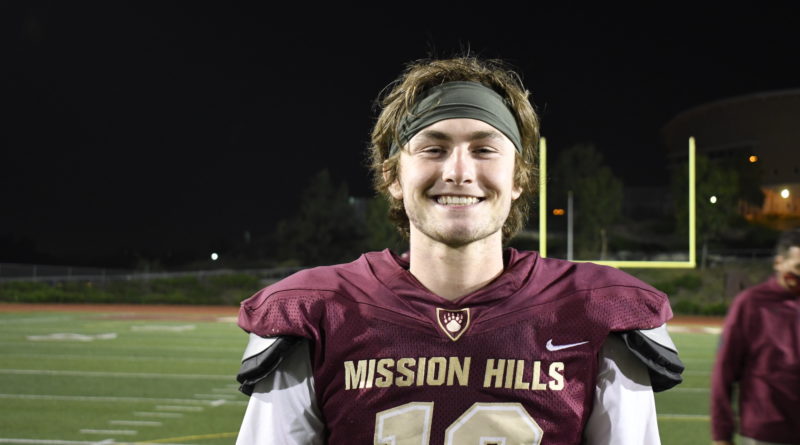 The spring 2021 football season is not done yet.

While it wrapped up for the majority of teams in California two weeks ago, several teams are still playing. Two teams that were included in last week’s statewide rankings took the field this past weekend. San Joaquin Memorial fell to Sanger 28-21, so the Panthers miss out on the rankings this week. Liberty (Bakersfield) won against Bakersfield 35-0.

Elijah Brown threw four touchdown passes to lead Mater Dei to a 34-17 win over rival St. John Bosco in their season finale, which pushed the Monarchs to No. 1.

St. John Bosco fell short against Mater Dei, which dropped the Braves to No. 2.

Servite took Santa Margarita 42-13 to clinch third place in the Trinity League. The Friars rushed for six scores in the win.

Serra beat St. Ignatius 34-3 in their season finale. The Padres intercepted six passes in the win.

San Clemente beat Mission Viejo on a last second field goal in their season finale, which propelled the Tritons to No. 11.

Los Alamitos beat Newport Harbor 41-3 in their season finale. Watch out for the Griffins next season. They return star 2023 QB Malachi Nelson and WR/DB Makai Lemon.

Monterey Trail beat Antelope 55-19 to end their season. The Mustangs rushed for five TDs in the win.

Mission Viejo’s 10-7 defeat to San Clemente pushed the Diablos back to No. 18.

Led by Jaylen Henderson, Chaminade stormed back from an 0-2 start to clinch a share of the Mission League championship.