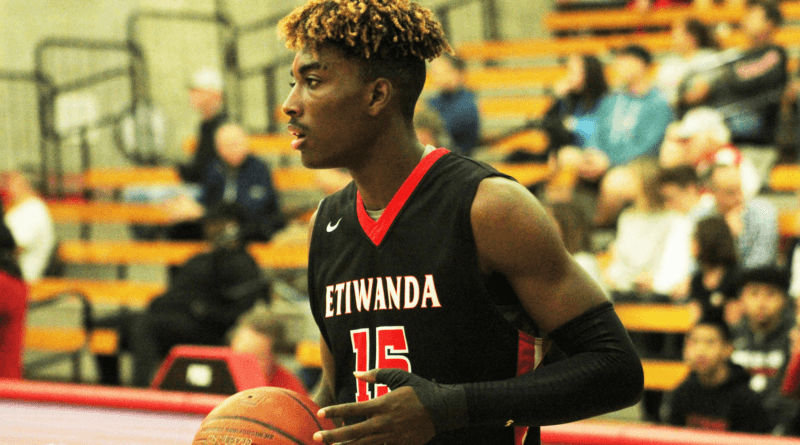 Even with Bronny James missing the start of the spring season through injury, Sierra Canyon is in good hands with Amari Bailey (UCLA commit) and Shy Odom. Bailey scored 23 points to lead the Trailblazers to a 103-80 win over Culver City in their opener.

Marsalis Roberson is one of the top players in California.

Etiwanda pulled off a surprising win over Damien in their season opener.

Mike Price and Tre White make up one of the state’s top underclassmen duos.

Michael Mitchell is one of the state’s top point guards.

Santa Margarita has been one of the surprises of the spring so far thanks to a win over St. John Bosco. Jake Blazona and Luke Murphy are key contributors.

Archbishop Riordan went 23-5 a year ago and was still in the state playoffs when the COVID-19 pandemic shut down high school basketball in the state.

Sophomore Jared McCain may be the state’s top shooter. The Huskies have beaten JSerra and Fairmont Prep.

2022 UCLA commit Dylan Andrews and four star big man Kijani Wright will look to lead Windward to another Southern Section title after winning the Division 1 championship a year ago. Right now, the team is on a COVID-19 pause. Before that, they’d won five straight games.

Aidan Mahaney is one of the state’s best guards in the 2022 class, but he’s missed time with injuries so far this season.

Whenever Westchester gets the green light from the Los Angelus Unified School District to start playing the question becomes: how far will senior guard TJ Wainwright take the Comets?

Devon Arlington has pushed San Marcos to a 10-0 start.

De La Salle began its season with a 50-36 win over Cardinal Newman.

The Knights are undefeated and travel to play Sierra Canyon on Saturday.