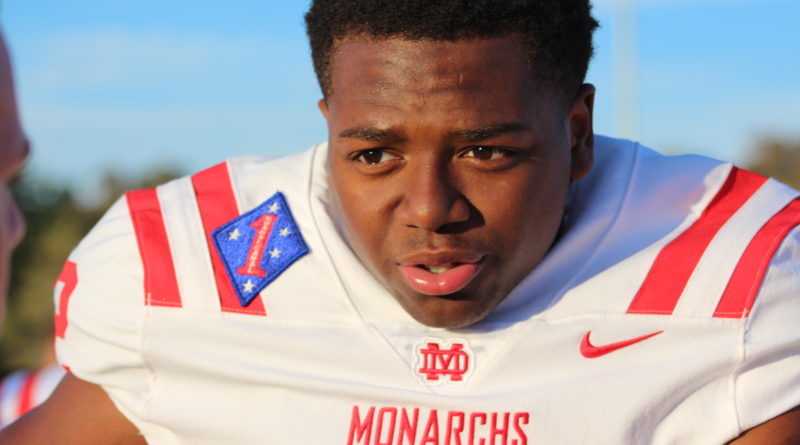 With the spring 2021 high school football season coming to a close, SBLive California continues to take a look at the top football players in the state, position by position.

After taking an in-depth look at the best players on the offensive side of the ball, we’re now breaking down the state’s top linebackers.

Class of 2021 linebackers who have decided to graduate and enroll early in college were not considered in these rankings.

Ripp moved from defensive end to linebacker this spring and has been playing very well. He’s made 54 tackles and forced a fumble.

Su’a is one of the country’s best 2023 linebackers. He’s made 12 tackles this spring with 2.5 coming for loss.

Wong is one of the state’s leaders in tackles this spring. He’s made 58.

Eklund has received scholarship offers from Arizona State and Idaho State. He’s made 21 tackles this spring.

Lane has received scholarship offers from 14 schools, per 247Sports.com. He’s made 34 tackles this spring and recovered a fumble.

Manu may be a little undersized at 5-foot-11, but he’s a great football player. In 2019, he made 47 tackles with three coming for loss.

Reed is one of the top unsigned seniors on this list. He’s made 24 tackles this spring.

Tremain has been one of the top players in the state this spring. He’s made 57 tackles.

Woods is one of three great St. John Bosco linebackers to appear on the list. He’s made 23 tackles this spring and has an interception.

When all of the recruiting ranking dust settles, expect Viliamu-Asa to be ranked as the No. 1 linebacker in the country in 2024. He’s recently received scholarship offers from Ohio State, USC and Auburn.

Al-Uqdah is committed to Washington State.

Brus made 47 tackles in 2019 and rushed for eight touchdowns.

Bullock is another great unsigned senior. He made 100 tackles as a junior and has 38 this spring.

Smith is committed to Navy. He’s played four years of varsity football at La Jolla on both sides of the ball.

Odell forms a lethal partnership with Lando Brown for Serra. So far this spring, Odell has made 64 tackles and has an interception. He’s committed to UNLV.

Tafoya is committed to Air Force.

Deleon is committed to Army. He’s been a major reason why Los Alamitos is 5-0 this spring.

Anderson is signed to San Diego State. He’s made 20 tackles this spring.

Patu is a fantastic athlete who also runs track: “A year ago he was the sophomore 110 high hurdle champion in our league and he had never run hurdles before, so that gives you insight into his athleticism and I’m sure he would have probably repeated last year if we had a track season,” La Habra head coach Frank Mazzotta told SBLive in November.

Patu was formerly committed to Colorado.

Watts is signed to Nevada. He’s part of a defensive group at Sierra Canyon that has posted four straight shutouts. He’s made 38 tackles this spring and has an interception.

Notarainni is signed to Boise State. He also plays running back for Torrey Pines.

Lighon is signed to UNLV. He’s starred as both a linebacker and tight end for Linfield Christian in his high school career.

Oliver is signed to San Diego State. In 2019, he made 15 tackles for loss. So far this spring, Oliver has recorded 25 tackles.

Edwards is one of the top players nationally in the 2023 class. He’s received scholarship offers from Notre Dame, Oregon and USC, among others.

Parham is signed to San Jose State. So far this spring, he’s made nine tackles, forced three fumbles, snagged an interception and blocked a punt.

Texas, Arizona State, Notre Dame, Oregon, and Stanford are the school’s in Tuihalamaka’s top five. He’s one of the country’s top 2022 recruits.

Flowe will be joining his brother, Justin, at the University of Oregon.

Bailey has battled injuries in his high school career, but when he plays he’s been tremendous. In Mater Dei’s 24-17 win over Servite this spring, Bailey had eight solo tackles, five tackles for loss, four sacks, and one forced fumble.

Simpson is the leader of St. John Bosco’s defense. He has two interceptions this spring.

Mascarenas is signed to Oregon State. He’s battled injuries this spring, but in 2019 he posted 91 tackles, with 17 coming for loss.

Davis, who has signed with USC, had an impressive spring season, including a pick-six in Mater Dei’s 52-3 win over JSerra.