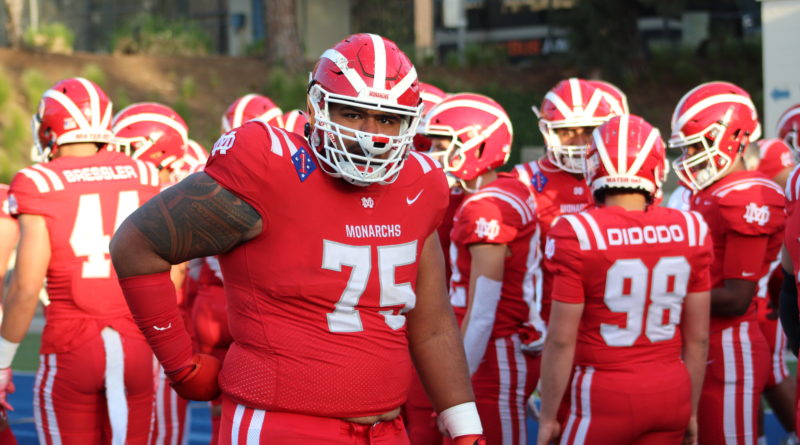 The spring 2021 high school football season wrapped up for the majority of teams in California over the weekend. In the CIF Southern Section, Mater Dei took down top-ranked St. John Bosco 34-17, which earned the Monarchs the No. 1 ranking this week.

Elsewhere in the state, every other ranked team in Central and Northern California won. With a handful of teams across the state still playing for two more weeks, our rankings will continue until every team is done playing.

Elijah Brown threw four touchdown passes to lead Mater Dei to a 34-17 win over rival St. John Bosco, which pushed the Monarchs to No. 1.

St. John Bosco fell short against Mater Dei, which drops the Braves to No. 2.

Servite took Santa Margarita 42-13 to clinch third place in the Trinity League. The Friars rushed for six scores in the win.

San Clemente beat Mission Viejo on a last second field goal, which propels the Tritons to No. 11.

The Panthers beat Edisoon 57-20. Jordan Hornbeak rushed for 204 yards and five TDs in the win.

Monterey Trail beat Antelope 55-19. The Mustangs rushed for five TDs in the win.

Mission Viejo’s 10-7 defeat to San Clemente pushes the Diablos back to No. 19.

Led by Jaylen Henderson, Chaminade stormed back from an 0-2 start to clinch a share of the Mission League championship in the Southern Section.