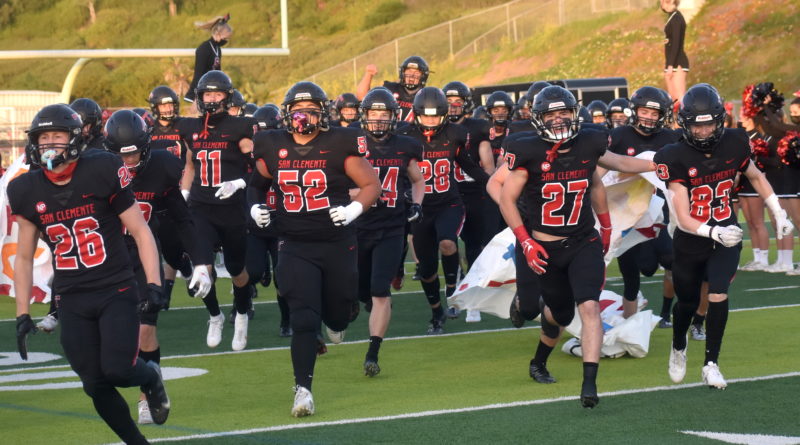 SAN CLEMENTE– Both teams’ defenses were nearly unshakable for San Clemente and Mission Viejo in a heated rivalry match with a South Coast League championship on the line. But it was the Tritons who rallied late and emerged victorious in a 10-7 win, won on the last play with a 26-yard field goal by Sean Harry.

Arizona commit James Bohls led the Tritons on offense with 142 yards and a touchdown rushing in his last ever high school football game.

Here is our photo gallery from the game: