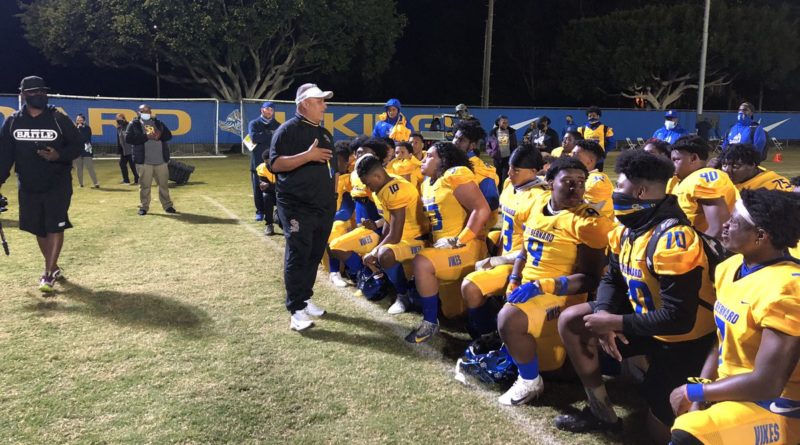 Just three games into his tenure, Manny Douglas has resigned as the head football coach at St. Bernard High School. The school sent out a press release on Saturday announcing Douglas’ resignation.

Douglas was in his first year as the head coach at St. Bernard and had a 1-2 record. St. Bernard is scheduled to play Dominguez on Saturday afternoon in their final game of the spring 2021 season.

“Today coach Manuel “Manny” Douglas submitted a letter of resignation due to personal reasons and will not be present at today’s football game versus Dominguez High School,” the press release said. “Coach Landwehr will be leading our Vikings against the Dons for our final game of the season. We do not have any additional information at this time.”

Douglas resigned from his post at Narbonne in February of 2020 following a months-long Los Angeles Unified School District investigation into the football program surrounding player eligibility. Narbonne was hit with several sanctions after the investigation, including a two-year playoff ban and the athletic department being placed on probation through the 2022-23 school year.

Stay with SBLive for more on this developing story.