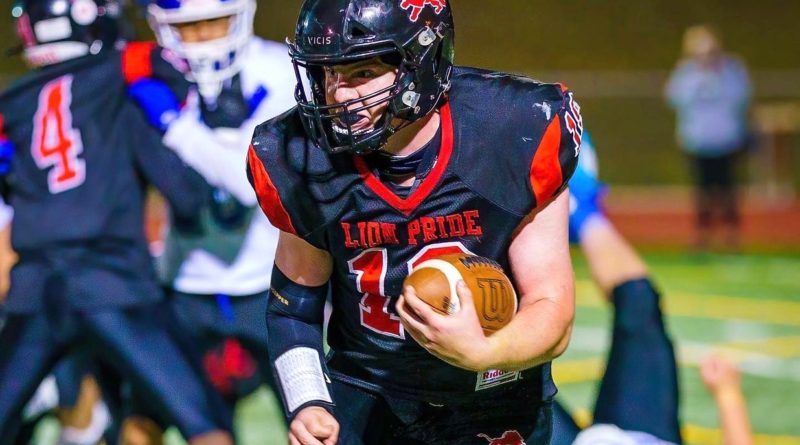 What had been looming since the fall of 2020 was made official in March: rival high schools Analy (Sebastopol) and El Molino (Forestville) will merge into one school on Analy’s campus starting in the 2021-22 school year.

Anybody who hails from Forestville, Sebastopol, Graton, Occidental, or anywhere else in loosely defined “west county” – which consists mostly of rural, unincorporated Sonoma County, west of those towns through the coast – understands how this is devastating to the local community.

El Molino, fondly referred to as ElMo, has long represented a tight-knit community of residents of Forestville, Graton, and many miles of surrounding unincorporated land. It has served its community as a small, quiet sanctuary deep in the heart of west county that directly supports the needs of a highly agricultural demographic.

And for many, it also simply meant that they didn’t have to drive all the way to Analy from 18 miles northwest of Sebastopol. El Molino will no longer provide that as a result of school district budget deficits and declining enrollment.

“It’s a small school, we all know each other, we’re all super tight,” said Weston Lewis, senior quarterback at ElMo.

“Everyone at our school is pretty involved in everything in the community, and they know what’s going on with the team,” said Lewis. “We’ve known since the beginning of the school year, but a lot of people thought we had a chance to save the school. Going through the consolidation stuff has made me realize how much a part of the school our community is … you never notice until something like this goes on.”

The yearly battle between Analy and ElMo for a league win and bragging rights is called the “Golden Apple” game, and each year, the entire Friday of the event has significant buildup and fanfare throughout both communities. There are pre-game tailgates, cookouts, postgame celebrations – everything one expects from a rivalry football game. But this rivalry is ratcheted up a few notches. The Golden Apple game is the biggest sporting event of the year, where thousands of Sebastopolians and thousands of other west county residents come out for a celebration.

Ironically, it was Lewis, a product of downtown Sebastopol – raised only a mile from Analy – who would lead El Molino to an unlikely pair of wins to end the series that ElMo’s community will never forget.

It wasn’t just their rival that the Tigers were destroying, it was everybody else too. Analy won league titles in undefeated fashion during most of that stretch, and had two undefeated regular seasons in which they won multiple playoff games. Some called Analy’s 13-1 team in the fall of 2015 the best in west county history.

Then in 2019, Lewis returned from an injury that had cost him his sophomore season to lead ElMo to a 39-24 win at Analy, throwing for two touchdowns and rushing for 171 yards and two touchdowns. Any Golden Apple game win is significant, and El Molino’s snapping of the losing streak made it even bigger.

But nothing could compare to the significance of the 2020-2021 Golden Apple game – the final game in the 56-year history of the rivalry.

“It’s always a big game for the community, like a bragging right,” said Lewis. “There was so much pressure to win the last Apple Game, it was almost expected that we prove ourselves in the last year before the consolidation.”

“It wasn’t quite like a normal Apple Game before COVID, but this year we did a big parade, we drove around Forestville. There were way more people invested and wanting us to win than usual. The parade signified that they were still there for us.”

“Everyone just wanted it more. We were amped up, we were going crazy,” Lewis recalls of practice the week leading up to it. “There was nobody that said ‘you need to win’, nothing that said ‘we need this’, but it was like, this is all we have. The last one ever. Do we want to go out with a bang?”

While the game didn’t quite come down to the final seconds, it was plenty nerve-racking. The Lions jumped out to a 14-0 lead and held it for most of the first half, but their momentum didn’t last.

“We threw in a new offense for this game. We knew they’d key in on me in our spread run offense, so we threw in a power run with a bunch of blockers,” said Lewis. “They had a really tough time stopping it. But the end of the game was intense. It got a little iffy.”

Analy made some effective halftime adjustments and the Lions didn’t bring their A-game in the second half. They only led by eight points after Analy cut their lead to 35-27 on a touchdown drive of just two plays. But ElMo stopped Analy’s two-point conversion and recovered an onside kick to seal it with about 90 seconds left in the game.

Lewis accounted for all five of El Molino’s touchdowns, besting his 2019 performance by completing six of 10 passes for 144 yards and two touchdowns, and running for 180 yards and three touchdowns. In a game with so much communal significance, it was a product of in-town Sebastopol – the one place in west county where almost no ElMo students come from – who took over the game, and won it for the El Molino community.

“We have a long family legacy going through ElMo,” said Lewis. “My dad, all his brothers [went there], and his dad was his coach. My grandpa won about four Apples in a row. It was special.”

Lewis has numerous Division 3 college offers, but even with academic scholarships attached to the offers, Lewis will most likely play football at Santa Rosa Junior College. That, he says, will put him in the best position to pursue transferring to a bigger program on an athletic scholarship. For now, he’s savoring the moment at hand.

“In years past it used to be a very heated game. They’d go trash the other team’s field and stuff like that,” said Lewis. “It’s not even close to that now, but it’s still big … one of our guys said it felt like he won the Super Bowl.”

“El Molino has done a lot for me and helped me become who I am. It’s shaped me to be the athlete and person I am today. I told our team after the win, ‘not only is this on the trophy forever, our names and performance will ring on through this town forever – we’ll be legends.'”