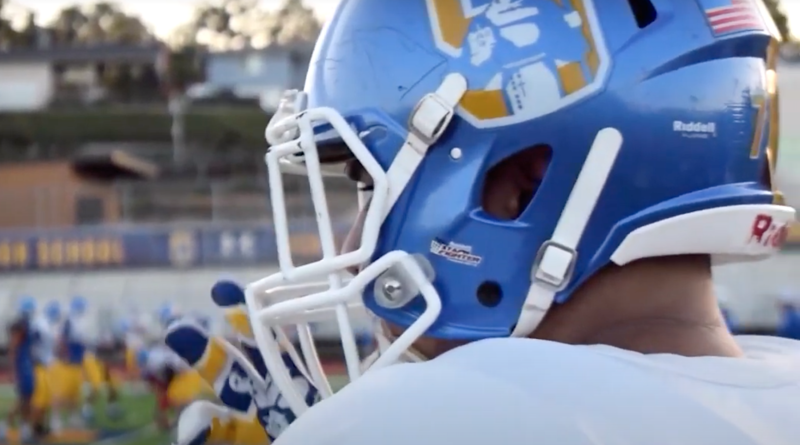 Here are the Top 10 Northern California high school football games to watch in Week 6 of the 2021 spring season (April 15-17).

(Note: Our NorCal list includes all teams and sections north of Kern County.)

Last week’s loss against Bishop O’Dowd dropped James Logan to 2-1 in league play, meaning this week’s matchup with San Leandro is for second place in the league. However, if Hayward pulls a major upset against Bishop O’Dowd this week, whoever wins this game would finish tied atop the standings. The Pirates suffered a stinging loss last week as well, a 48-12 defeat at the hands of Monterey Trail. So, even though that non-league battle was technically inconsequential, both of these teams are looking for a bounce-back effort.

Unlike every other game on this list, there’s no league repercussions in this one, but it’s still likely to be a spectacle. Monterey Trail has had another standout season at 4-0, and could very well beat the Titans in lopsided fashion. But Antelope is a very strong team coming off its best game yet, a 33-7 rout of Inderkum. If the Titans bring their A-game, they could potentially pull out a thrilling win.

Every team in the East Bay – Mountain League would dominate in the vast majority of leagues out there, so even a matchup between squads with losing records is likely to be an exciting game. Monte Vista is probably the best 0-5 football team in California, and its losses against Acalanes, California, and Clayton Valley Charter all came by just one score. San Ramon Valley is 3-2 overall, and 1-2 in league play with a win over California two weeks ago. The Wolves can lock up third place in the league this week, but both teams are simply hungry for a big win, and it could go either way.

Saint Francis put up a big-time statement win last week, a 41-8 rout of Archbishop Mitty. If the Lancers play at that level on Friday, they have a serious shot at upsetting Valley Christian. But the Warriors have some momentum after winning two straight, and are fairly heavily favored in this duel between ground-centric offenses.

These two teams will duke it out on Friday for a Central Sequoia League title. Kingsburg won this matchup by two scores last season, but not much separates them on paper. Senior-heavy Selma has had its sights set on this game for a very long time now.

Something of an underdog coming into league play, Heritage has put together a great 3-1 start within the Bay Valley League, so this week’s match against incumbent heavyweight Liberty has a silver medal on the line. Both teams play through standout sophomores on offense, as Liberty QB Nate Bell and Heritage RB Devon Rivers have both impressed as featured options. But other than stylistic differences on offense, there’s not much separating these teams on paper.

While last week’s non-league match against Sac-Joaquin Section giant Folsom didn’t go as hoped, the fighting Zebras remain unbeaten in league play heading into the finale. Oakmont didn’t get to play Placer this season, but this is still more or less still a Foothill Valley League title match as the Vikings are also unbeaten in league play. The two sides beat common foes Ponderosa and Rio Linda by a very similar margin this season, and there’s nothing better than a championship game that comes right down to the wire.

In classic Ugly Eagles fashion, Clayton Valley is officially in the East Bay – Mountain League championship this week after outlasting California, Monte Vista, and now San Ramon Valley by a grand total of 14 points. Not bad for a team that only won one game in league last season – before turning on the jets for CIFNCS Division 2 and CIF 2-AA state titles.

This week though, it’s time for the juggernaut, De La Salle, which beat those same three league foes by a combined 117 points. But the Ugly Eagles have loading up for an upset of a familiar foe for a long time, and have accomplished their goal of taking care of all other business before gearing up for the Spartans.

In the Stockton game of the year, both rivals come in unbeaten except for St. Mary’s near-upset against non-league foe De La Salle. The Rams have only played one league foe so far, Tracy, which they blew out. They do have impressive non-league wins against Jesuit and Central Catholic though. Lincoln, on the other hand, has played nothing but league games, but it’s beaten Tracy, Tokay, and Lodi by a combined 157-40. Expect a heated battle between two sides with not much separating them.

Last season, the West Catholic League finished with a three-way tie atop the standings between these two teams and Valley Christian. However, just for this one season, the 8-team league was split in half, and both these powerhouses come in unbeaten. That means this year’s battle is an outright league championship match.

The Wildcats won this matchup 14-13 last season, Valley Christian beat them 17-7 in league play, and Serra defeated Valley Christian 10-0 in league. The Padres come in the clear favorite to win this time around, but by all means this game could go either way. And this season, only one of these teams will emerge as the league champ.