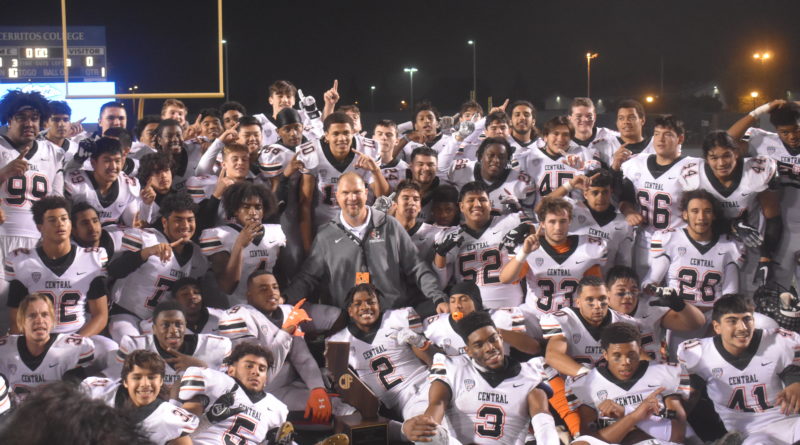 In Week 5, the penultimate week of the high school football season in most of Northern California, many of NorCal’s top players put exclamation points on their seasons with big performances.

Every team in SBLive’s statewide top 25 that played in Week 5 pulled out a win. Tyler Tremain continued his strong play in No. 9 Folsom’s 41-14 win over Lincoln (Lincoln), No. 17 Monterey Trail had numerous standout performances in a 48-12 victory against San Leandro, and No. 3 De La Salle stayed unbeaten in a 48-10 rout of California (San Ramon).

Here’s a quick look at some of the top stars and individual performances from the fifth week of games.

Rashada threw for four touchdowns in a 67-8 victory over Deer Valley, including three touchdowns and 138 yards in the first half alone. He did that splitting snaps with another college prospect under center, Eli Brickhandler.

Brickhandler also went off in the Pirates’ victory, throwing for 158 yards and four touchdowns.

Nixon threw for 325 yards and three touchdowns in a 26-13 win over River City.

Tremain had yet another five-touchdown performance in a win this season, this time in a 41-14 win over Lincoln.

Stevenson threw for 230 yards and two touchdowns, and rushed for 76 yards more in a 38-13 win against Clovis West.

Williams ran for 93 yards and four touchdowns in a 48-12 rout of San Leandro. Ronnie Brutus also rushed for 121 yards for the Mustangs.

Lands not only ran for a touchdown and over 100 yards, but also recorded eight tackles and a tackle for loss on defense.

Ripp recorded a mind-numbing 23 tackles (one for loss) in a 20-19 win against Wilcox.

Merritt caught for 92 yards and a touchdown, and recorded an interception in the victory.

Earby had a touchdown catch and a pick-six of 72 yards each in a 50-7 win over Terra Nova.

Hornbeak ran for 165 yards and a touchdown, and added two catches for 41 yards and a TD in a 29-2 win against Bullard.

Risley led Clovis to a 39-27 win over Clovis East with 126 yards and three touchdowns on just nine carries, and a 34-yard touchdown catch.

Colon exploded for 301 yards and four touchdowns on the ground to lead the Buffaloes over Oakdale 26-23.

Griessel threw for 242 yards, two touchdowns, and no interceptions in a 38-28 win over Las Lomas.

Weaver caught for 146 yards and a touchdown, and also had a 64-yard carry.

Thomas ran for three touchdowns and over 100 yards, and also returned three kickoffs for 66 yards.

Ingrassia threw for 221 yards and three touchdowns and ran for 76 yards in a 45-10 rout of Central Catholic.

Perez ran for 76 yards as well, good for three touchdowns.

Grigsby led the Wolfpack to a 31-16 win over Davis by throwing for four touchdowns and a pair of two-point conversions.

Leon-Guerrero exploded for 338 yards of total offense, including 298 yards rushing, in a 63-8 blowout of Rodriguez.

Bell went off for 368 yards on a whopping 29-34 completion in 21-14 win against Freedom. He accounted for all of the Lions’ touchdowns with two touchdowns passes and a rushing score.

Reichhold reeled in 259 yards and a touchdown.

Ramirez attempted just 10 passes in a 50-7 rout of Dinuba, but he completed seven of them for 215 yards and three touchdowns. Aaron Blancas was his top target with 129 receiving yards.

In a 27-14 win over Livermore, Payne ran for 161 yards and two touchdowns, caught for 34 yards, and recorded a tackle for loss.

The Cowboys came up just short, but Smith had a strong night with 186 yards and two touchdowns passing on 21-33 completion plus 69 rushing yards.