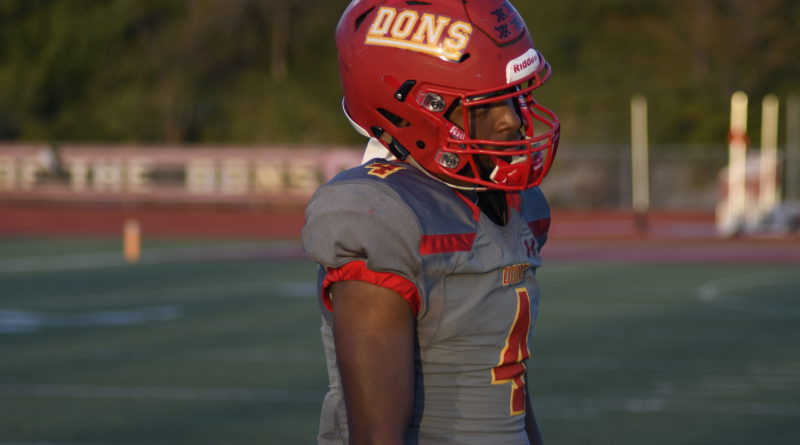 CARMEL VALLEY – For the second time in three weeks, Cathedral Catholic welcomed in the second ranked team in the county to Manchester Stadium and for the second time, they dispatched them in dominating fashion. The Dons scored early and often on Friday night as they completed a 41-0 shutout of previously unbeaten Lincoln.

Both teams entered the game ranked in SBLive’s California Top 25: Cathedral Catholic No. 7 and Lincoln No. 21.

Below are three takeaways from the game.

After shutting out a previously unbeaten Lincoln team that hadn’t allowed a point all season, there wasn’t anything for Cathedral Catholic head coach Sean Doyle to pick apart post game.

“Literally, we performed on every side of the ball,” he said. “You know our special teams were unbelievable, kicked everyone into the end zone, (Lincoln) has great kick returners, made our two field goals, just did everything we needed to do and that’s what you’re looking for in a game.”

The Dons defense disrupted Lincoln all night, continually stuffing the run and chasing Hornets’ quarterback Samuel Cooper out of the pocket.

“They’re all good and they all have an incredible drive to get to the ball and punish people and they do it,” Doyle said of his defensive group.

Both of Cathedral’s field goals on Friday came after they recovered Lincoln fumbles in plus territory, the second of which was recovered by senior linebacker and Northern Colorado-signee Keenan Guthrie.

Cathedral Catholic junior running back was the offensive star once again on Friday night, rushing for 234 yards and two touchdowns on 29 carries. The Dons also got touchdown runs from Christian Hall, Jack Kilpatrick, and Tano Latuli.

Without any playoffs in California this season, Cathedral Catholic has seized the opportunity to treat every game like it’s their last and carry that energy over to the fall 2021 season with their talented group of underclassmen.

“We told (the team) we don’t get an opportunity this year to win a CIF title or go to state or any of that so if you wanna be considered one of the top teams around then you better not just beat people, you better dominate them and they’ve taken it to heart.”

With seven returning starters on defense from last season’s team, Cathedral Catholic was expected to have a good group this year but the Dons have showcased a defense that looks as good as any from San Diego in recent memory.

“The is just the best group ever, really,” Keenan Guthrie said. “We have so much depth, anyone can step up. I strongly believe our twos can beat anyone here. We’re so strong, we’re so deep, and we’re do disciplined, I love this team so much.”

Cathedral’s defense allowed Lincoln only three first downs on the night and held the Hornets out of the red zone until halfway through the fourth quarter, before getting them to turn the ball over on downs.

Cathedral Catholic will finish up the abbreviated spring season at Madison next week while the Hornets will host St. Augustine in a battle for second place in the Western League.