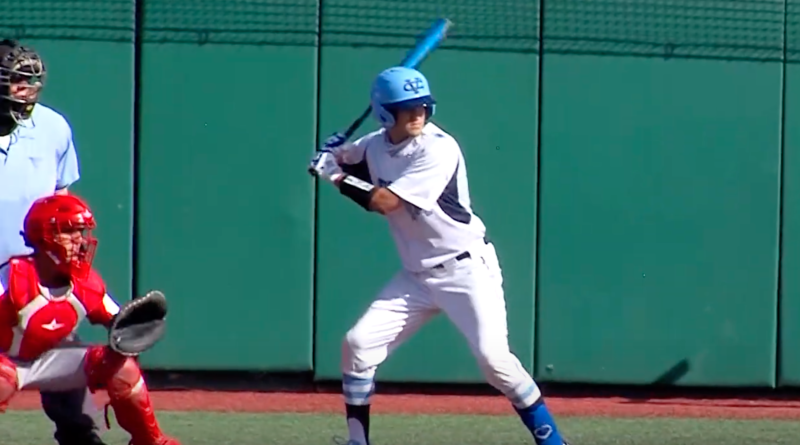 With high school baseball in full swing in the Bay Area, here’s a look at the Top 10 teams as of April 9:

The Warriors are rolling through their non-league competition with four wins to start the season. The Warriors have outscored their opponents 44-4. Senior Jon Cymrot leads a talented squad looking forward to some epic battles in the West Catholic League. Valley Catholic will be tested big time on Monday against Los Gatos.

The Spartans drop down from the top spot after a tough loss to Granada last week. The Spartans took a 5-2 lead only to watch the Matadors come back and tie it in the seventh then win it on a walk-off hit by sophomore Josh Morano. Granada is young and very talented.

The Monarchs opened with two non-league wins outscoring the two opponents 28-7. Junior Antonio Cabrera and senior Mathew Halbach each have four hits in two games. The Monarchs play in the very tough West Catholic League, which is loaded again this year

A win over a De La Salle team in any sport is a big deal, but this one was huge for the Granada program. You could tell by the massive dog pile at the end of the game what this meant to the Matadors. Now Granada (5-1) won’t sneak up on anyone.

The Patriots have started this season 8-1 with just a one-run loss to Pittsburg marring an otherwise perfect record. The Patriots pitching staff is having a great start with an overall staff era of 1.58. Parker Judy is hitting very well for the Pats with a .389 average.

The Cats feature Arizona commit Tommy Splaine and his cousin Michael. The Cats start the season this week with a big game against top ranked Valley Christian.

When you have great pitching, you’re always in the game. Live Oak has two of the best young pitchers in the Bay Area with sophomores Landon Stump and Aiden Keenan. Both have D-I offers and can hit low 90s with great stuff. The Acorns won their opener against a quality Carlmont squad this week.

Cal has an opening game loss to Dougherty Valley and another loss to No. 4 Granada. An East Bay League powerhouse, junior pitcher Nick Bronzini is off to a great start with two wins and a 0.62 ERA.

We always tend to overlook Los Altos – then look up to find the Eagles in the CCS title game. So we’ll put them here now until they prove us wrong.

The Scots were off to a great start before running into Live Oak this week. Carlmont is great hitting team batting over .300 as a team. This is the best public school team on the Peninsula.