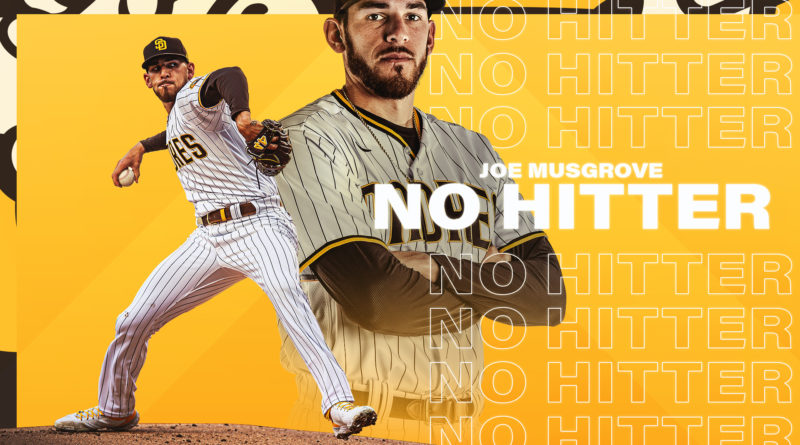 Joe Musgrove, who starred at Grossmont High School in El Cajon, California, threw the first no-hitter in San Diego Padres history in a 3-0 win over the Texas Rangers on Friday night.

Musgrove, who grew up a Padres fan, was traded to San Diego in the offseason and was making his second start in a Padres uniform. He struck out 10, did not walk a batter and and threw 112 pitches. The only reason it wasn’t a perfect game is Musgrove hit a batter.

Musgrove graduated from Grossmont in 2011 and was drafted No. 46 overall in the 2011 MLB Draft by the Toronto Blue Jays. He made his Major League Baseball debut with the Houston Astros in 2016 and has a career record of 30-38 with a 4.28 ERA.

Here’s the final out:

And here’s a snapshot of the reaction from around MLB: