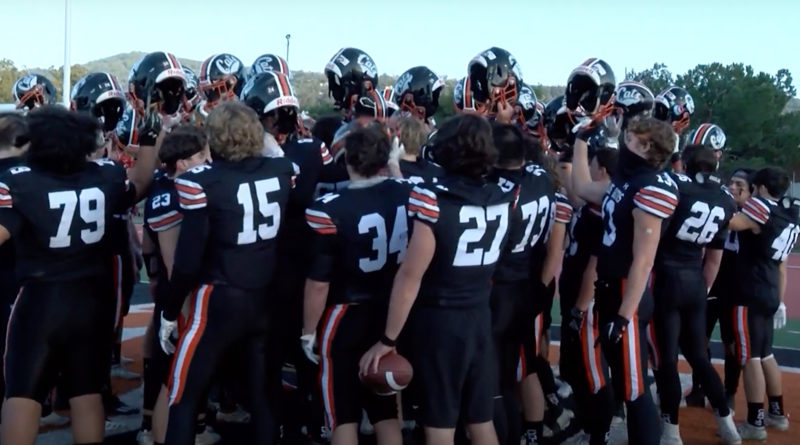 Here are the Top 10 Northern California high school football games to watch in Week 5 of the 2021 spring season (April 8-10).

(Note: Our NorCal list includes all teams and sections north of Kern County.)

The Gators dropped their chance at a Peninsula – Bay League title by eight points last week against league powerhouse Menlo-Atherton, but they can lock up second place on Saturday. They’ll have a difficult task ahead of them though, as Half Moon Bay will likely play with some fire after a one-point loss against King’s Academy took them out of the league race. Implications aside, these teams are evenly matched, and it’ll be a good one.

Liberty looks to bounce back after getting blown out by Pittsburg last week. Freedom, on the other hand, is at risk of dropping to 1-4 despite nearly defeating some big-time competition, having lost by a combined 11 points against Campolindo and Heritage this season. Like Liberty, the Falcons have a lopsided loss against Pittsburg and a three-score win against Antioch, so this game could come down to the wire. The Lions have something specific to play for, in that they can control their fate for a second-place finish in league, which is always something to be proud of in the Bay Valley League.

This is the first of a few league championship games that could go either way on this week’s slate. Both teams come in 3-0 and have outscored their competition quite heavily so far. Making it more exciting is the pedigree on the line – St. Joseph is the reigning league champ, whereas Templeton is new to the Mountain League after sweeping the Ocean League last season. Only one of these teams can remain a league champion.

Also, another storyline to watch for the rest of Templeton’s season is just how much the Eagles can sustain unbelievable rushing production on a nightly basis. Through just three games, Tyler Kaschewski has put up a wild line of 713 yards and nine touchdowns on 14 yards per carry. Jackson Berma has also rushed for 454 yards and seven touchdowns as well, and Templeton as a whole has 1,349 rushing yards, good for nearly 450 per game.

It goes under the radar, but most years, the Valley Oak League has as much competitive parity as any league anywhere featuring some very good football teams. This season is another great example, as Oakdale is 3-0 with a league title within reach despite having won its three games by a total of 12 points. Last season, Manteca won this matchup 55-37, but these two teams finished in a three-way tie atop the league along with Central Catholic, which has now exited the league. The 3-0 Buffaloes have a slight edge on paper again this season, having beaten Sierra by 29 points whereas Oakdale only beat Sierra by one point, but the margin couldn’t be slighter.

As both teams have dropped games against Folsom and Rocklin, this matchup constitutes the bronze medal game in the mighty Sierra Foothill League. Additionally, both of these teams are too good to be 2-3, but that’s what one of them will drop to on the season Friday night.

This is likely a league championship match between two teams with no underdog on paper. Christian Brothers dropped non-league games against very strong teams in Jesuit and Granite Bay, but dominated Sacramento and El Camino in its two league matches. 3-0 Vista del Lago has only played one league game, a blowout of El Camino, but could be argued as the favorite with a win over Inderkum on the season. Either way, this should be an evenly-matched one between two heavyweights who know there’s likely a league title on the line.

Not a lot of battles for third place in a league can be considered a can’t-miss spectacle, but the Tri-Rivers Athletic Conference is an exception. First of all, Clovis is way too good to be winless in league. The Cougars came just one score short of knocking off both incumbent TRAC powerhouses Central and Buchanan, and had to deal with a cancellation against Clovis North, but only two games remain. That makes them a very formidable squad that’s still looking for a statement win.

Meanwhile, Clovis East has narrow wins against Clovis’s North and West, a loss against Central, and a date next week with Buchanan. That means whoever wins this match controls its own fate for the bronze in a league where third place is something to be proud of. Clovis has a clear edge on paper, having nearly knocked off Central whereas the Timberwolves lost to them by 28. But Clovis East has momentum from the league wins already under its belt.

Clayton Valley’s league title chase is still fully intact after yet another close win last week, this time against Monte Vista. That said, the Ugly Eagles still have De La Salle looming on the schedule, so the most likely implication for this week is the ability to lock up second place in the East Bay – Mountain League. That much alone would be a massive accomplishment for a squad that went 1-4 in league play last season before going on an epic run for a CIF 2-AA state championship.

Their foe could also more or less secure a silver medal this week, as the Wolves are coming off a nice win over California with Monte Vista as the only other game left. With the QB/RB combo of Jack Quigley and Za’Darion Nardi, San Ramon Valley has the playmaking talent to match up with Jake Kern, Omari Taylor and co. Should be yet another Mountain Division thriller.

Two of the Central Coast Section’s finest go at it on Thursday for a De Anza League title. Both of these squads, two of the Bay Area’s most underrated programs as of the last few years, have stormed to 3-0 records with lopsided score margins. Wilcox handed Los Gatos its only loss of the regular season in 2019, which came in 37-0 fashion. But this season, it’ll most likely be a closer game that could go either way.

Also, if you like running back battles, this isn’t a game to miss. Los Gatos plays through one of the top feature backs in the area, Adam Garwood, while Wilcox employs a heavily rush-centric attack through numerous backs, with Luther Glenn being the top name to know.

With both teams unbeaten in league play, this match is the official Sierra Foothill League championship game, the Sac-Joaquin Section game of the year, and maybe even the number one game to be at in all of NorCal this season. Folsom is the very well-established SFL alpha, but Rocklin is a serious threat to knock the Bulldogs off, having beaten Granite Bay and Del Oro in close games and taken down Oak Ridge by an eye-opening four scores.

Even in a pandemic-impacted season, if the Thunder go from a first-round exit in Division 2 to the best team in the section, that would be one of the area’s best high school sports stories in recent history, at least from an X’s and O’s perspective. But in order to do it, they’ll have to upset a perennial powerhouse that’s firing on all cylinders.