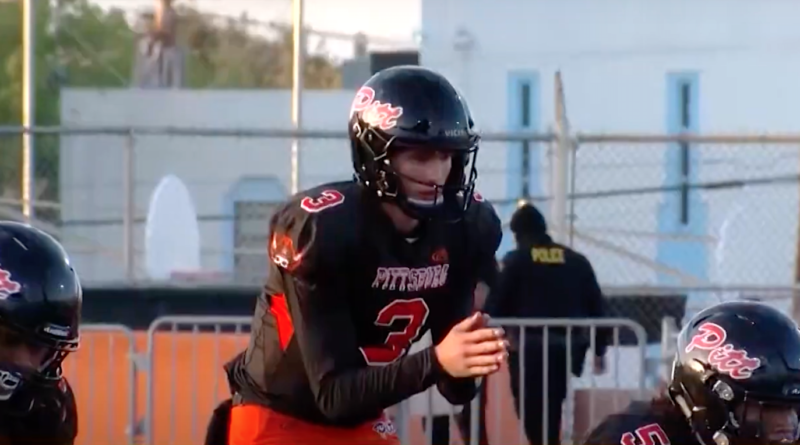 Second-ranked Mater Dei vs. fourth-ranked Servite was the most intriguing matchup entering Week 4 of the spring 2021 California high school football season. And while that game lived up to the hype – with Mater Dei pulling out a 24-17 victory – all eyes were on two other matchups that shook up this week’s SBLive California Top 25 Rankings.

Pittsburg dominated Liberty (Brentwood) 55-7 in a North Coast Section showdown, vaulting the Pirates to No. 12 in this week’s rankings – nine spots higher than last week. And Norco stunned Corona Centennial 38-36 in a Southern Section matchup, ending the Huskies’ 57 game Big VIII League win streak. Norco debuts in this week’s rankings at No. 24.

The statewide rankings were compiled by SBLive California reporter Connor Morrissette and will be released every Monday throughout the shortened season.

Mater Dei took down Servite 24-17 on Saturday in a game that came down to the final play.

Servite fell to No. 1 St. John Bosco 38-28 two weeks ago and this past week the Friars lost to Mater Dei 24-17. Friars junior QB Noah Fifita committed to Arizona on Sunday.

After falling to No. 1 St. John Bosco 42-21 in their opener, Sierra Canyon hasn’t allowed a point in three straight games winning all three by at least 40 points.

Alemany took down Cathedral 21-7 to move to 3-0 in Mission League play.

The Panthers beat Lemoore 40-7 on Thursday. TJ Hall threw a TD and rushed for two more in the win.

Monterey Trail beat Cosumnes Oaks 57-21. The Mustangs picked up over 500 yards on the ground in the win. Otha Williams rushed for two TDs.

Sophomore QB Malachi Nelson set the Los Alamitos passing touchdown record with seven in the first half of the Griffins 63-14 win over Huntington Beach.

Lincoln beat Madison 52-0. The Hornets haven’t allowed a point so far this spring. They play No. 7 Cathedral Catholic this week.