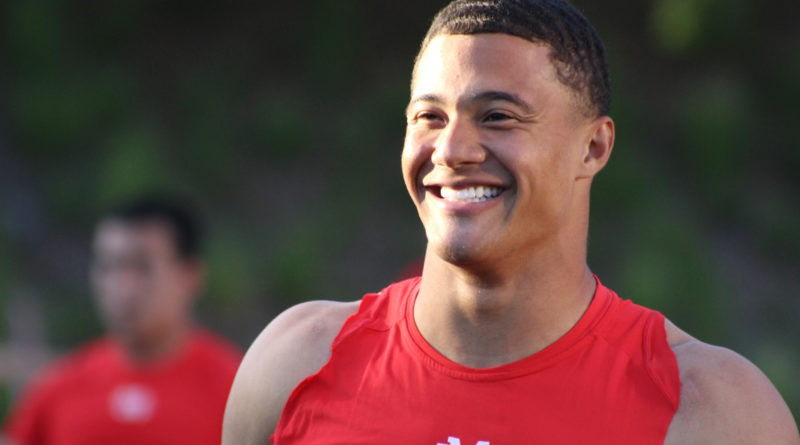 SANTA ANA – In a rivalry game that featured several of the best offensive playmakers on the West Coast, it was the defenses that led the way in No. 2 Mater Dei’s 24-17 win over No. 4 Servite on Saturday.

Monarchs’ cornerback Cameron Sidney set the tone with a pick-six on the first play from scrimmage. Linebackers David Bailey and Raesjon Davis led the charge for Mater Dei’s front seven, which recorded an abundance of sacks and QB-hurries while also stuffing the run.

Marceese Yetts and Raleek Brown both ran for touchdowns for Mater Dei, and Elijah Brown had a solid night under center.

Servite QB Noah Fifita ran for a touchdown and had a touchdown pass to Tetairoa McMillan.

Watch all of the highlights below.