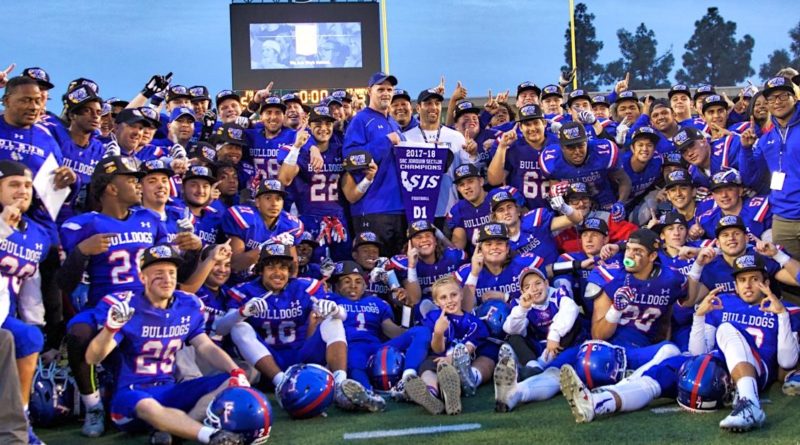 Four weeks of the 2020-21 California high school football season have now come and gone, and the top stars have been more dominant with every passing week.

Quite a few teams in our statewide top-25 rankings registered blowout wins, and some were in part due to standout individual performances. QB Dominique Lampkin and SB Hassan Mahasin dominated in No. 6 San Mateo Serra’s 49-7 rout of Saint Francis, No. 10 Folsom QB Tyler Tremain threw for five touchdowns in a 40-7 win over Whitney, and No. 17 Monterey Trail beat Cosumnes Oaks in lopsided fashion thanks to huge nights from DB Jamauri Jackson, RB/DB Chris Lands, and RB Otha Williams.

Here’s a quick look at some of the top stars and individual performances from the fourth week of games.

Quigley led the Wolves to a 31-24 comeback win over California with one rushing touchdown and passing touchdowns to Za’Darion Nardi and JP Murphy.

Gerlach did everything he could despite the loss, finishing with three interceptions.

Garwood ran for three touchdowns and 166 yards on just 12 carries in a 56-23 win against Mountain View.

Jackson led the Mustangs’ defense with two interceptions in a 57-21 win against Cosumnes Oaks.

Lands was dominant on both ends, finishing with 157 yards and two touchdowns rushing and a pick-six.

Williams was the top star on offense of the night with 214 yards and four TDs on the ground.

Griffiths exploded for 215 yards – more than half of Leigh’s total offensive yardage – and all three of its touchdowns in a 21-7 victory over Westmont.

Mahasin caught for three touchdowns and ran for a fourth in a 49-7 blowout of Saint Francis.

Lampkin threw four touchdown passes and ran for a touchdown in the Padres’ win.

Catchings ran for 122 yards and three touchdowns in a 34-14 win over Del Oro.

Faria recorded five tackles, a tackle for loss, an interception, a sack, and a fumble recovery in a 41-0 rout of Los Altos.

In a 17-14 comeback win over San Benito, Sawyer ran for both of Bell’s touchdowns and helped lead a strong defensive effort at DB.

Torrez ran for three touchdowns and 132 yards in a 42-7 victory over Jesuit.

Rivers carried the Patriots to a 35-28 win against Freedom with 224 yards and three touchdowns rushing. He also caught for 15 yards.

Price caught for 49 yards and a touchdown on offense, and registered eight tackles (one for loss) and an interception in the secondary.

Aaron completed 9 of 11 passes for 209 yards and four touchdowns, and also ran for 38 yards and two touchdowns.

Lewis was dominant leading El Molino to a 35-27 victory over rival Analy in the final ever Apple Game. He threw for two touchdown to Ian Hocheder, and ran for three touchdowns and over 200 yards.

Huchingson led Acalanes to a 27-21 win over Benicia with 306 passing yards and three passing touchdowns plus three carries for 33 yards and a TD.

Evans had two interceptions in the victory.

Meadows completed nine of 14 passes for 225 yards and four touchdowns in a 64-20 rout of Vallejo.

Bryant caught for a touchdown, returned two kicks for touchdowns and 119 total yards, and recovered a fumble.

Bishop ran for three touchdowns and had an interception in a 48-21 victory over Tracy.

Coronado broke two Kimball records with a jaw-dropping stat line as the Jaguars pulled out a 63-56 thriller over Patterson. He went for 491 passing yards and seven touchdowns on over 70% completion, and had 12 carries for 87 yards and a touchdown.

The freshman broke out for 120 yards and three touchdowns rushing on just 11 carries in a 32-6 win against El Capitan. Christopher Meneses also had a big game at RB.

Hernandez led the Reds defense with 12 tackles, two TFLs, and two sacks, and also went one for one on field goals and three for three on PATs.

Willis completed nine of 14 passes for 131 yards and three TDs in a 48-0 blowout of Rio Linda.

Alvarez caught for four touchdowns and over 100 yards in a 56-6 domination of Mission Oak.

Smith finished with 149 yards of offense, a rushing touchdown, and touchdown passes to Dylan Cole and Dylan Prusso in a 35-14 win over Dublin. RB Dominic Bulluomini also had a big night for the Cowboys, and Ben Nuddleman and Dustin Hart led a strong defensive effort up front.