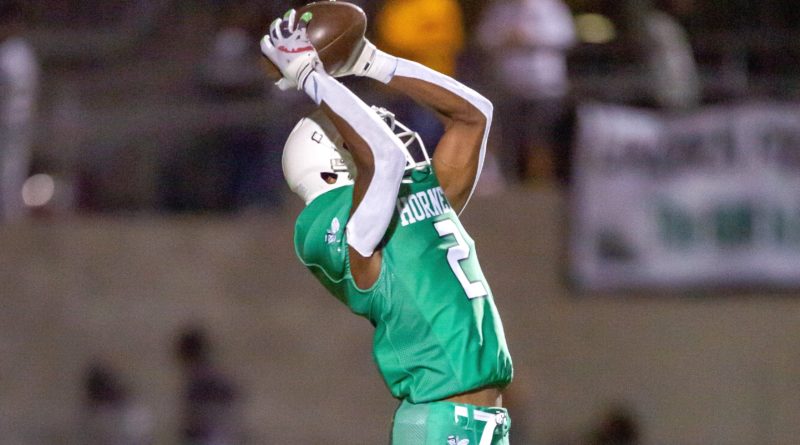 No. 1 Cathedral Catholic continued their dominance in week three and will be off this week as they prepare for the showdown against No. 2 Lincoln on April 9.

Lincoln and Carlsbad both recorded impressive wins and moved up in this week’s San Diego Section football rankings.

The Dons surrendered their first points of the season before reeling off 38 straight points on their way to beating rival St. Augustine. They’re currently without a game for this week following Point Loma’s decision to cancel the remainder of their season.

Carlsbad continues to impress, having taken down San Marcos 49-9 this past week. They’ll travel to Oceanside this week to take on a surprisingly winless Pirates team.

The Saints became the first team to score and lead against Cathedral Catholic this season but couldn’t sustain it, eventually losing 41-14. They’re off for a week before traveling to Oceanside.

Mission Hills has outscored their two opponents 56-14 so far and will travel to take on Torrey Pines on Friday.

The Eagles have been dominant so far, winning by an average of 30 points per game over their first three. They’ll take on Steele Canyon and Helix the next two weeks.

The Highlanders bounced back in week three with a dominant defensive performance against Steele Canyon. Sophomore Hunter Wiggins had two interceptions for Helix.

The Titans have opened the season with consecutive wins over league foes Mt. Carmel and Westview. Two-way standout Vance Jefferson is the top uncommitted senior in San Diego.