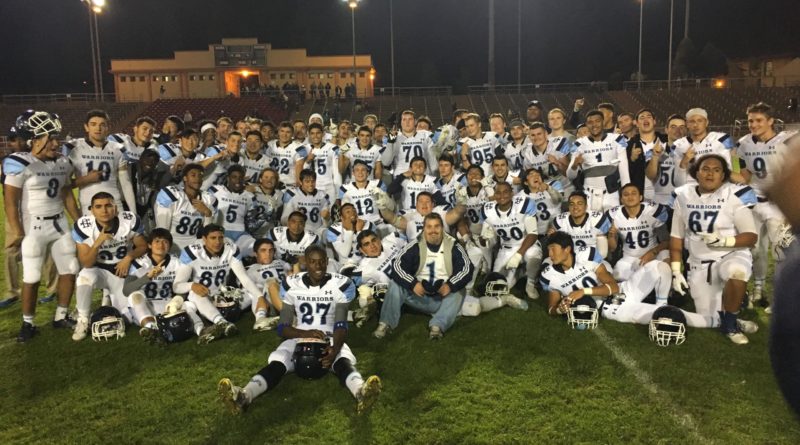 After three weeks of the California 2020-21 high school football season, the list of standout performances by Northern California stars continues to grow.

Here’s a quick look at some of the top stars and individual performances from the third week of games.

Taufui ran for all three touchdowns scored in M-A’s 21-0 win over Burlingame.

Mandal led Buchanan to a 31-28 win over Central with three touchdown passes and a rushing touchdown.

The Arizona commit ran for three touchdowns and caught for another in a 71-6 domination of Tokay.

Purcell completed 15 of 23 passes for 184 yards and four touchdowns to lift the Gators over King’s Academy 38-31.

Willis led the Pirates’ defense with three sacks and three more QB-hurries in a 35-16 win over Heritage.

Brickhandler threw for 150 yards and two touchdowns on 12 of 15 completion.

Cuddie made seven tackles on defense and went two for two kicking field goals (43 yards and 34 yards) in a 19-10 win over Archbishop Mitty.

Oliver Led the Warriors’ defense with nine tackles, four tackles for loss, and a sack.

Colon ran for 167 yards, three touchdowns, and two two-point conversions in a 47-28 win over Ripon.

Sherman exploded for 298 yards and four touchdowns rushing in a 34-6 win over Big Valley Christian.

Gonzalez led the Tribe to a 53-7 rout Wasco with five touchdowns passing and one more on the ground.

Garwood ran for 187 yards and four touchdowns in a 55-7 blowout of Santa Clara.

Jackson recorded two interceptions in a 39-6 win over James Lick.

Thomas ran for three touchdowns and 118 yards in a 40-7 win over Golden Valley.

The Falcons came up short 34-28 against Jesuit, but Crowther ran for 208 yards and three touchdowns.

Edwards threw for four touchdowns and ran for a fifth in a 40-31 upset win over Folsom.

Menezes continued his strong season with two rushing touchdowns and a receiving touchdown for the Eagles.

Smith ran for three touchdowns and recorded a sack in a 55-0 blowout of American Canyon. QB Jacob Aaron and RB Bill Chaidez also had standout performances.

Pocock scored five total touchdowns in a 41-20 win over Healdsburg.

Healy recorded a whopping four interceptions in the win.

Shannon recorded a KR touchdown, a rushing touchdown, and an interception in a 42-0 rout of Archbishop Riordan.

The freshman had a breakout game in a 44-34 win against El Camino, rushing for 117 yards and 3 touchdowns and also recording a pick.