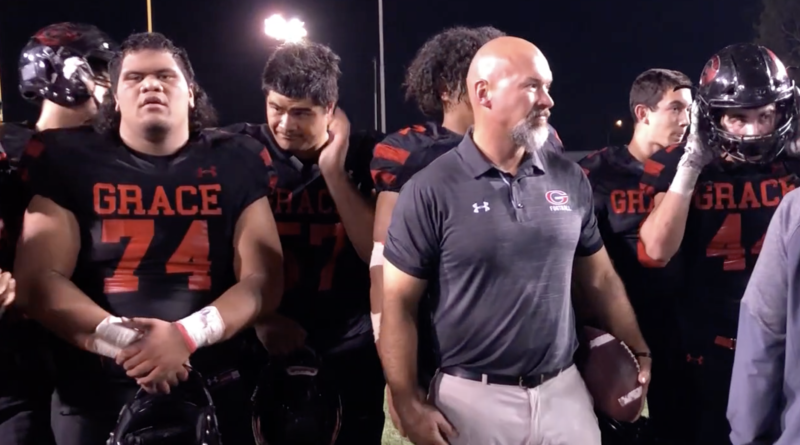 “Our season is canceled,” Henderson said in a text Saturday afternoon.

The news comes weeks after Grace and Henderson announced they’d be mutually parting ways at the end of the spring football season.

Grace is one of handful of CIF Southern Section teams that had not yet played a game this season. Led by senior quarterback Mikey Zele, the Lancers were ranked No. 14 in SBLive’s statewide football rankings.

Henderson has coached at Grace Brethren for 10 seasons, compiling a record of 94-32. He has led the Lancers to seven league titles, two CIF Southern Section championships and one state title.