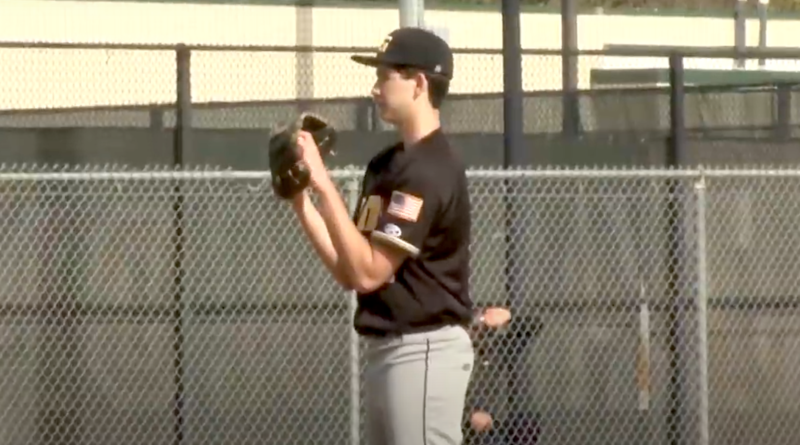 Editor’s note: This is the latest in a series of stories from 49ers Cal-Hi Sports that will highlight high school student-athletes across Northern California.

Baseball is back in the Bay Area with two leagues playing right now and several others expected to get going in the next few weeks.

Here’s a look at the Top 10 Bay Area teams as the spring 2021 California high school baseball season gets underway:

The Warriors have tons of Division I talent this season and are the team to beat in the powerful West Catholic League. Infielder and pitcher Jonathan Cymrot, who is committed to Kansas, is back for his senior season. Trevor Haskins, the Warriors slick fielding shortstop, will head off to Stanford next year. Sophomore Jacob Hudson looks to be an up and coming star for this talented squad.

Palo Alto will battle Los Gatos for bragging rights in the Santa Clara Valley League. The Vikings were champs two years ago, so they get the nod here. Senior catcher Aidan Berger, who is headed to UCLA, will lead a star studded group. Among the top players are shortstop Zander Darby, who is a UC Santa Barbara commit. Henry Bolte is a junior outfielder headed to Texas, and pitcher Ryan Harvey was 2-0 last season before the COVID shut down.

The Patriots lost to De La Salle in the NCS title game two years ago. Several of the players from that team return including Christian Machado who was 8-1 with a 1.51 ERA in 2019.

The Cats are experienced and loaded with top talent. The team will be led by Tommy Splaine, a 6-foot-5, 205-pound senior who is the rare pitcher/catcher combo. Splaine had a great fall season traveling to show off his skills at several national showcases. The Arizona commit will lead a Los Gatos team that also including his cousin Michael Splaine, top prospect Jimmy Moore and Gonzaga commit Logan Johnstone.

With a long tradition of great teams and great players, the Mitty Monarchs will be a force again this season. Mitty will feature the third Yorke brother to play for the Monarchs – Zach Yorke. He follows in the footsteps of his brother Nick who is now in the Boston Red Sox organization after being the 10th overall pick in the 2020 MLB draft. Anthony Sanguinetti will be part of a stellar pitching staff for Mitty.

The Cal Grizzlies look to be the second best team behind De La Salle in the East Bay league. Cal is young and talented. Junior Nic Bronzini is a premium prospect committed to Arizona. Bronzini hit 90 miles per hour on the radar gun this past summer and also has a nasty curveball.

The Matadors are off to a good start this season with an impressive win over San Ramon Valley. Southpaw sophomore Josh Morana is another Arizona commit. He was great again SRV, throwing 3 1/3 no-hit innings with two strike outs. Senior Ty Clappin finished the game, a 6-1 Granada win.

Lots of MLB legacy with the Serra Padres, a team always in the West Catholic league title hunt. But the Padres lost a ton of seniors last season and will count on new, young help to keep the tradition going.

If you like quality pitching, you’ll want to see Live Oak play. The Acorns have two starters topping out in the low 90s with a variety of pitches that should keep the Acorns in any game. Oregon commit Landon Stump (6-3, 170), just a 16-year-old sophomore, already has a 90 mph fastball. Aidan Keenan, another sophomore, can also throw low 90s and is committed to play in the Pac-12 at Cal. Stump and Keenan will be a nightmare one-two punch for opposing hitters.