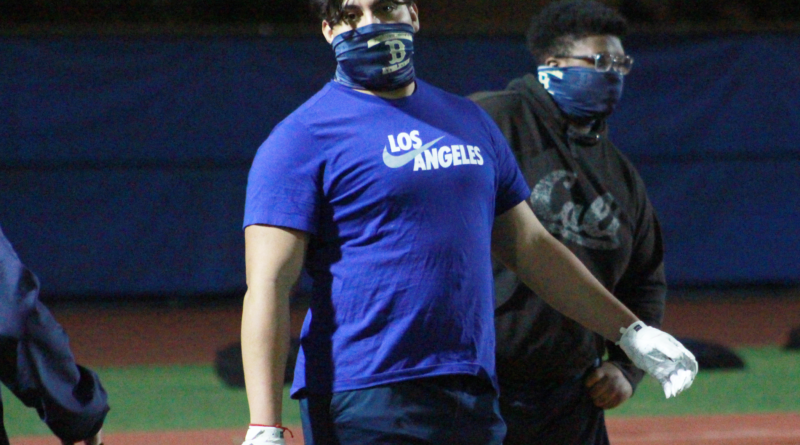 With the 2021 spring football season underway, SBLive California continues to take a look at the top high school football players in the CIF LA City Section, position by position.

The main criteria for our Top 5 offensive linemen rankings are 2019 All-City selections and discussions with City Section coaches. The rankings were compiled by SBLive reporter Connor Morrissette.

Lopez was a second team Division 1 All-City pick in 2019. He helped protect 2020 Reseda QB Trent Butler who threw for 3,000 yards and 27 TDs. Reseda won the Division 1 City championship in 2019 and advanced to the state championship.

“He’s a hell of a center man,” Reseda head coach Alonso Arreola said of Lopez. “He’s a captain for us.”

Argott made the Division 2 All-City first team as a junior in 2019. His two brothers will be playing varsity for Kennedy this spring as well so it will be a family affair for the Cougars.

Dominguez was a second team Open Division All-City team selection in 2019. He helped pave the way for stud 2022 running back Jakob Galloway, who led the Pilots to the Open Division City championship game.

Rivera was the lone underclassman to make the City Section’s Open Division All-City first team in 2019 after helping lead the Patriots to an Open Division championship.